Do you always know what causes your illness? Mankind has had a long history of battles with bacteria and viruses. Bubonic plague (the Black Death), which caused the deaths of up to 250 million people, was a major bacterial infection while the Spanish flu epidemic of 1918/19, which killed up to 100 million people, and AIDS are both viral infections. 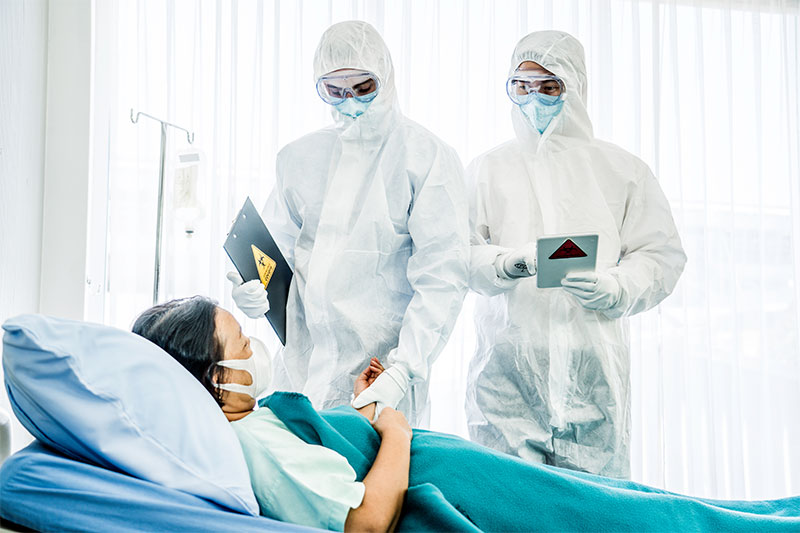 When winter approaches, so the incidence of colds and flu and other infections seems to increase. Usually, they are either bacterial or viral infections although nowhere near as deadly as some of those in the history books. Though in some cases the symptoms of bacterial and viral infections might be similar, the treatment is not the same. Microbiology explains the difference.

Bacterial infections are caused by bacteria, single-celled microorganisms that can be found in all kinds of environments. They can exist in both extreme cold and extreme heat and some are even found in human intestines where they help in the digestive process. The majority of bacteria are completely harmless to humans and are, in fact beneficial. In the environment, for example, they break down organic waste and perform the function of Nature’s recyclers.

The harmful varieties of bacteria can cause illnesses like tuberculosis, strep throat and urinary tract infections and are also responsible for tooth decay. To cause infection, pathogenic bacterium must enter the body through contact with an infected object or person. Bacteria are living microorganisms and reproduce by dividing themselves. Nowadays, bacterial infections can be treated with antibiotics, probably the most important discovery in medical history. Overuse of antibiotics, however, can lead to resistance.

Viral infections, which include the common cold, influenza, herpes and chicken pox, are, as you would expect, caused by the presence of viruses. Viruses are much smaller than bacteria and must attach themselves to living cells in order to survive and multiply. In doing this, they affect or destroy the cells’ functions and, when the cell dies, new viruses are released that then infect other cells.

This is how they cause disease. Once a virus enters the body, then the body’s white blood cells attack and destroy; this natural defence mechanism is called natural or innate immunity and is crucial in the fight against viral infection.

Viral infections usually only require symptomatic treatment – dealing with the symptoms as opposed to the cause – although serious conditions may require advanced treatment. They cannot be treated with antibiotics. If antibiotics are used unnecessarily, there is a risk that the immune system will be weakened and the likelihood of further infection increased. There are some antiviral medicines available but these are thought to be responsible for the appearance of new drug-resistant microbes.

It is often very difficult to tell the difference between bacterial and viral infections. If you think you have an infection you should consult your doctor. Despite the difficulties of identifying the origin of an infection a good Doctor can determine if the problem is bacterial or viral and ensure that you get the right treatment