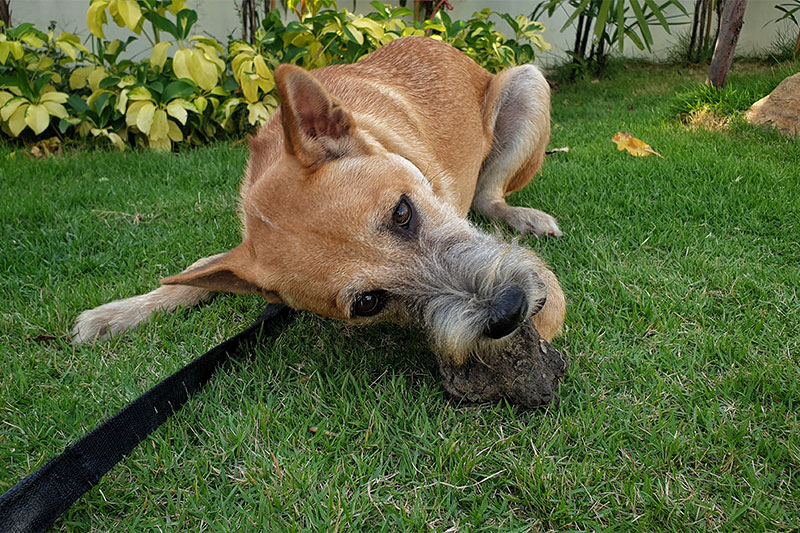 Dogs eat all kinds of things that are gross to humans, but at the same time, aside from being grossed out, dogs eating dirt causes concern for their owners. Yet at the same time, this is not unusual behavior. Though if you are a dog owner and you find that your dog is eating dirt, among other non-edible things such as garbage, rocks, sticks, or grass, then your dog has what is known as pica. Humans can also develop pica and that is because there are nutritional deficiencies. However, if the only thing that your dog is eating is dirt and does not eat anything else that isn’t edible, then the condition they have is known as geophagia. But should this be concerning?

Your dog eating dirt maybe only because of boredom or they smell something interesting in the dirt and have to dig it up and give it a smell and taste. But at the same time, your dog that eats dirt may also have an underlying health condition. That is what dogs and anyone faces when they develop pica too. Something could prevent them from absorbing nutrients correctly. However, when your dog is eating dirt and they are not bored because they receive stimulation all of the time, and they are eating dirt wherever they go instead of eating it in one particular area, then Fido could have one of the following problems:

If the low blood count is present in your pooch, then it has anemia and that causes nutritional imbalances. Therefore, dirt may have iron that your dog needs and that could be why your dog is eating dirt. The only way to determine whether or not your dog has anemia is through bloodwork.

Your dog could have mineral deficiencies even if anemia is not in the picture. That may mean that there are nutritional imbalances and your dog is not getting the right amount of nutrients either. There could potentially be a malabsorption problem in your dog which is why you want to also determine the issue. Maybe the dog food your dog is eating is not providing ample nutrients for your dog’s current needs. Either way, this also warrants a trip to the vet because nutritional imbalances can be corrected through proper diet and treatment if there is a malabsorption issue causing these imbalances.

Your Dog Has An Upset Stomach

Here is the thing, when dogs have an upset stomach, they are more likely to eat grass. But when dogs eat grass, there is dirt added to the mix. Therefore, the dog may begin to eat dirt if it has an upset stomach or a gastrointestinal disturbance. Dogs may find it soothing to do that.

However, even though these are reasons that your dog could end up eating dirt, you need to know that this behavior is not acceptable because it can be dangerous. Your dog could be eating parasites that dwell in the soil which can be fatal to your dog. Your dog could also ingest toxins and pesticides, and can also choke when eating dirt. Their intestines can become lodged as well with rocks and sticks which will require surgery.

The bottom line is that if your dog is making a habit of eating dirt, you have to take it to the vet. There is no way around that and as mentioned, there could be anemia or problems with absorbing nutrients. Your dog may need a change in diet. You cannot ignore it when your dog eats dirt!