Spiders are creepy and there is no denying that. Some of them are known to bite and they can be quite venomous bites that can do a lot of damage and can even be deadly as well. Therefore, you don’t want them in your house. Therefore the first thing you are tempted to do when you see one crawling in your house is to take your shoe and smash it with it. However, before you do that the next time you see a spider, you will want to think twice before grabbing your shoe for the intention of stomping on the spider or swiping your shoe towards it to end its life. 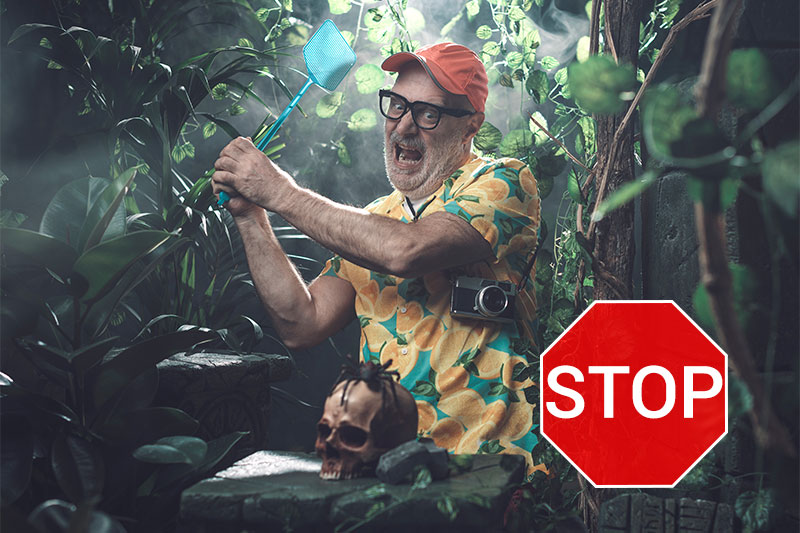 That is because spiders have a very important purpose which is why you do not want to kill them. And the average spider does not give off deadly venom when it bites. It may be painful but it is not deadly. However, it does not take away the fact that spiders have a creepy factor. Don’t allow that to be the reason that you want to stomp your shoe on the spider. Think about the other pests that you don’t want in your house.

You have silverfish, ants, termites, flies, and so on! Spiders eat them and they eat many other insects. Their presence is doing you a major favor. And that is why you never want to kill a spider as when you kill one, that takes the spider away from the rest of the population. We need spiders in the world to eat these other pests that are the worst problem for your home than the spider itself. Think about the wood in your house. Termites eat wood. And if you kill the spider, then you will end up with termites reproducing in your home that will end up destroying your wood. That is just one example. Spiders will prevent you from ending up with an infestation of insects.

However, that also does not mean you have to keep a spider in your home either. No one wants that. You just don’t want to kill them because if the spider is outdoors it can eat the insects that would end up as pests in your home too. With that being said, there is a way to get the spider out of your house and into your front or backyard without having to kill them. Let’s talk about that now.

How Can You Safely Allow A Spider To Leave Your Home?

If you have a fear of spiders and the idea of one roaming around your home scares you, then the good news is you don’t need to allow that to happen. Instead, take an empty jar and use it to capture the spider. Put the jar over the spider and it will not have a choice but to go into the jar. You may think of the idea of that as cutting off its oxygen supply. But for a split second by doing that it will not kill the spider. Just make sure you capture it that way and it will begin to crawl into the jar. Once it does that, then take the jar outside and then release it to the ground. Therefore, it will stay there and eat the insects nearby to help keep your home free of an infestation.

If you have a strong fear of spiders, you are not alone. Therefore, you will want to have a family member or a friend take care of the job for you.

Unless you are a true arachnophobe, just remember that spiders are not your enemy. They are there to serve a very important purpose so that is why you just never should kill them again. The ideal solution really is to make sure that they are released safely outdoors. Otherwise, if they stay in your home, they will build a web and will reproduce which means you could end up with an infestation of spiders which is not what you want either.

That means you will want to save your jars after you use them up. Just clean them out and put them away so you can have any of them available for when you need to use one if a spider shows up in your home.