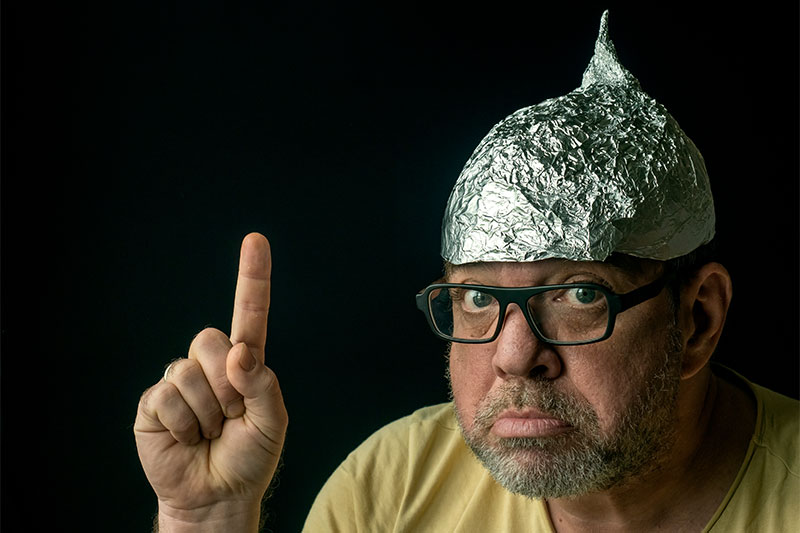 Over the past year with the pandemic as well as the American election, there has been more of a divide among people because of how some cannot see eye to eye on things with others. Some believe that the virus is a hoax brought on by government control and that the COVID-19 vaccines have tiny microchips to track you. These are the same people who have been anti-vaxxers since day one. Some of them also believe that the earth is flat and that the election was rigged, as they are part of the QAnon. What do these people have in common with one another who have these skewed views? They are conspiracy theorists.

However, a neuroscientist did find a reason that some people are prone to falling for conspiracies than others. That is also based on their personality and not mental health. Those who have a tendency to be biased and at the same time jump to conclusions are more likely to fall into conspiracies. In addition to that, those who have those traits in addition to harboring delusions are even more likely to fall into the conspiracy trap.

Therefore, someone who immediately jumps to conclusions after having very little evidence presented to them is more likely to fall into the conspiracy theory trap. That is because they make up their minds right away and form opinions and state them as facts. If you are saying that you have a tendency to be biased and have a tendency to jump to conclusions as well, but you are not a conspiracy theorist, then you may be questioning how vulnerable you are by falling into the trap.

You don’t need to worry. If you have those traits and you haven’t fallen into the conspiracy trap throughout your life, chances are you will not. There is one other significant trait behind why some people fall into conspiracy traps and others don’t – even if they have a tendency to jump to conclusions quickly. That is the fact that those who are conspiracy theorists are those who are not very flexible with their way of thinking and thought processes.

You can form biases and jump to conclusions and at the same time be open to other views, which makes you a flexible thinker. Therefore, you are less likely to fall into the conspiracy trap. However, conspiracy theorists do not have a flexible way of thinking which is the biggest reason behind their beliefs. That is when they close off their perspectives and then believe in conspiracy theories.

There has been the odd story of former anti-vaxxers or former flat-earthers seeing the truth. That is only because in those cases these individuals could no longer escape the delusion of these conspiracies because their lives depended on it. However, unfortunately, that is the exception and not the rule. The best thing to do is to allow conspiracy theorists that you know to keep up with their delusions and do your best to not associate with them anymore – if you can help it unless they don’t bother you.