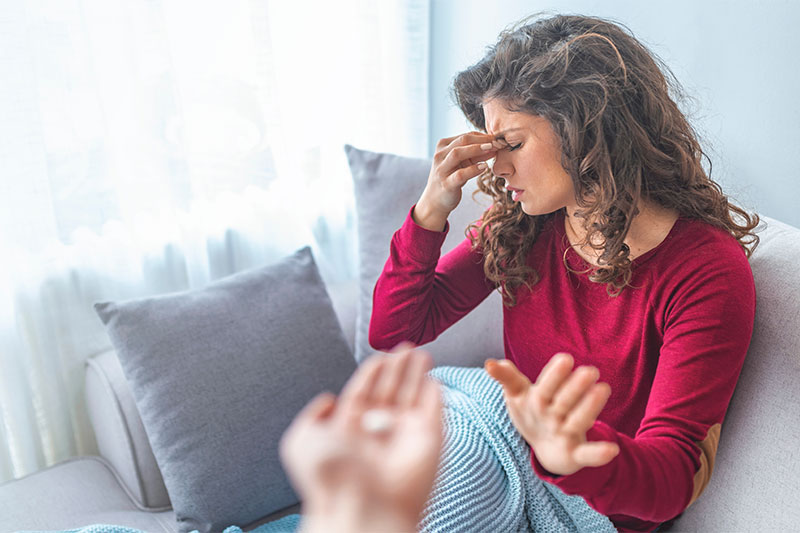 You wake up and you are dreading your day. Therefore, you are then immediately put into a bad mood and anticipate what can go wrong will go wrong. Therefore, you are in a defeatist mindset and you are also snapping at everyone around you because you woke up on the wrong side of the bed. It is not only affecting your work productivity but your family wants very little to do with you. If you woke up thinking that you were having a fresh day to start new beginnings, then you would not have this issue and your day would go much better.

However, since you are waking up on the wrong side of the bed, you are manifesting the things that you are anticipating that you will deal with from the moment you wake up. That is why this is a real issue and it is a serious one too. That means this issue is not something that you believe, it does happen, according to the researchers at Pennsylvania State University. Researchers did a study on this phenomenon and asked 240 participants to help them with it who are adults with diverse backgrounds and in different living situations. Therefore, the study shows that the stress they experience first thing in the morning by anticipating problems that they will face over the day has a negative impact on their working memory. That is the short-term memory that helps you with doing mundane tasks such as making lists and mild multitasking.

That is because you can think about something and expect things to happen which always helps you prepare for them so you can mitigate or prevent the effects of the events expected to happen. However, this particular ability can cause a lot of harm to your daily memory function. It does not matter whether the anticipated issues happen or not, because you are anticipating something bad that will happen and your overall function is impaired as a result.

Anticipatory Stress Can Impair Your Functioning

If you are having anxiety as a result, it has been proven that anticipatory anxiety can cause the brain to struggle with making decisions, as well as holding essential information, making proper judgments, as well as impair concentration. However, it is not known how much focusing on real-world stressors can affect you since researchers cannot follow others around to make that determination. It is not possible to rate their stress levels as well as conducting cognitive tests all day in real-world situations.

Researchers conducted further studies by creating an app that would analyze the stressors that had an effect on waking memory. In the evening, the participants would complete a survey that was about the stress they expected to face the next day. And then participants would answer questions and input them into the app every two and half hours as the app would signal them to do that. They would have to answer questions about their psychological state as well and also complete a cognitive task that has to do with working memory.

The findings were analyzed to show that there was a correlation between stress upon waking up with the errors on the working memory tests that the participants took throughout the day. Therefore, anticipatory stress does have a negative impact on working memory and what needs to be done is to create an app for people to help them maximize their cognitive abilities during times of stress they feel upon awakening. An example would be if you wake up and expect that your day will be full of stress, then the app can send a reminder to the individual that they should do some deep breathing exercises. More work needs to be done on this topic but it is true that waking up on the wrong side of the bed has harmful effects.