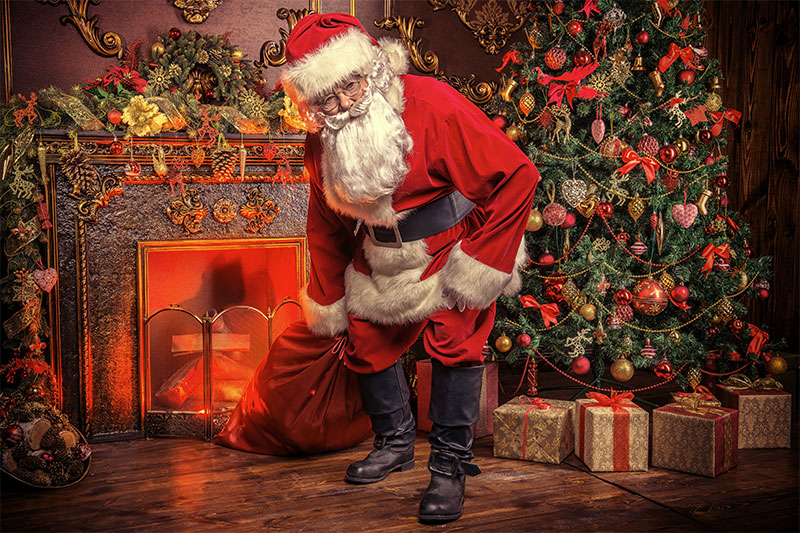 Let’s now talk about the 20 strangest Christmas traditions around the world right now!

What on earth is the Yule cat? In Icelandic folklore, the Yule Cat is a vicious monster that prowls in the snowy country that eats up anyone who has not received clothing by Christmas Eve. Therefore, the one thing that those in Scandinavian countries fear the most is the Yule cat so they want to make sure that they have clothing to wear before Christmas Eve.

You are used to turkey dinners for Christmas, but in Greenland, that is not even a thing. Instead, small deceased birds in the Arctic are inserted in a carcass of a seal preserved for seven months before the big day. That is Christmas dinner for those in Greenland. It makes you glad to not live there because turkey dinners are much more appealing.

In the Ukrainian culture, the same decorations used for Christmas in most areas around the world are used in addition to a fake spider and its web on top of the tree. That tradition originated from a poor woman who was unable to decorate her tree for financial reasons. Then on one Christmas morning, she found that her tree was covered in a spider web.

Before the 1970s, people in Japan had trouble finding an entire turkey for Christmas. That was when KFC began to offer bargain buckets for those who could not find a turkey, and this thing still exists. It is recommended that those who want to order the bargain bucket for Christmas to make their reservation two months before the holiday.

The legend of Krampus is known as Krampus is the evil sidekick of Santa Claud. Krampus appears like a demon and he is known to punish naughty kids by lurking around the streets and scaring them. Krampus is the reason that kids will know to be on their best behavior for the following Christmas so that kids don’t ever have to face the demon-like creature again.

In the Czech culture, women perform a Christmas ritual which predicts if they will end up with a marriage proposal in the following year. The way they do it is that they stand in front of the front door with their backs facing it. Then they would toss a shoe over their shoulder. If the shoe lands and the toe points towards the door, then that is a sign that they will become engaged or even get married during the following year.

In Mexico, there are nativity sculptures at a plaza in Oaxaca that are made of radishes. Therefore, the Mexican residents make it a tradition to visit the plaza that has these radish sculptures. They are incredibly impressive as well.

A Time To Keep An Eye Out For Witches

In Norway, it is believed that witches and evil spirits come out on Christmas Eve. Therefore, Norwegians make sure that they keep their brooms hidden so that witches don’t visit them.

Look For The Almond

Another Christmas tradition that involves [predicting marriage in the following year is the Swiss Christmas tradition that involves an almond and rice pudding. The Swiss eat rice pudding during Christmas and a peeled almond is placed in one of them which will be served to a woman. If the woman eats the shaved almond, then that is a sign she will either become engaged or get married during the following year.

Decorating The Tree With Pickles

American families often decorate their trees with pickles. The tradition became a thing from the American Civil War when Private John Lower was taken as a prisoner. He was starving on Christmas Eve and was begging the guard to give him a pickle. The guard listened and then after he was released from prison, he established the pickle tree decoration tradition.

Aren’t these Christmas traditions interesting? It almost makes you want to start your own! And why don’t you do that?