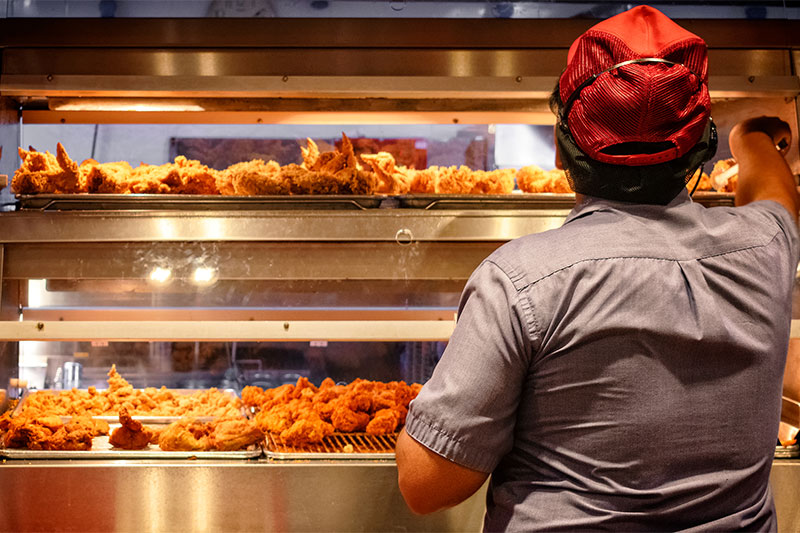 Fast food is a relatively recent phenomenon. Created as we know it in the 1950s, restaurant chains that make and serve your food in minutes changed going out for a meal forever. Other things changed too – practices that would be considered polite at a restaurant are the opposite in a fast-food restaurant, they might be considered rude.

Here are seven polite habits that fast-food employees secretly dislike. Not because they don’t want to be treated nicely, but because they’re always in a rush, and in a fast-food restaurant, sometimes being polite is synonym with being slow.

Small talk is a big no-no

The first thing you do when ordering fast-food restaurant is using too many words while ordering. Establishing a conversation with the person behind the counter slows everyone down and might cause significant delays for you and the people behind you.

Small talk might be polite anywhere else, but not in fast-food restaurants. Please, make sure you know what you want before it’s your turn to order, and order fast and clear. It’s not a good time to talk about the weather.

Please and thank you are still the magic words, but you don’t have to use them after naming every item you order. Fast-food workers are not expecting a ‘thank you’ or ‘have a nice day,’ although they’ll appreciate it as long as you don’t spend more time than needed on the counter.

Efficiency is the name of the game here, and if you appreciate a speedy service, then save your politeness for some other time. Just order your food and move on; no one will think you’re being rude.

Not correcting an order in time

Not wanting to interrupt the cashier as it confirms your order is polite, but it will cause a major delay in your order and everyone else’s if there’s a mistake and you missed it. Changing an item once it has been typed into the computer might require a manager to intervene, which will ruin everyone’s day.

Talk loudly and listen closely. This is a transaction, not a conversation, and you want to pay attention. Correct your order as soon as the cashier repeats it to you. Don’t wait until they’ve printed the order.

Paying with too much change

Small businesses might appreciate you paying with coins, as they might need the change later in the day, but fast-food restaurants have all the change they need, that’s guaranteed.

That means that paying a large order with spare change is not particularly appreciated by fast-food workers. Counting every last penny takes time, and in these establishments, time is money. Pay with a credit card or pay the exact amount if you’re using cash.

Handing extra money to round out the bill

Here’s another thing that would be polite anywhere but in fast-food restaurants. Paying extra money to receive a bill in change instead of coins is not easy when all the transactions are automated with a sophisticated cashier system.

Don’t pay with a $10 bill and two-dollar bills if your total is $7 in order to receive a fiver as change. In fast-food restaurants, things don’t work that way. After all, the cashier can’t just pull out extra money from the register without explaining where the extra two bucks came from!

Going slow on the drive-though

You know these guys are in a rush, we get it, and you don’t want to overwhelm fast-food workers by driving too fast through the drive-through. After all, taking it slow will give them more time to work on your order, right? Well, that’s not precisely true.

Fast-food workers prefer you driving through as fast as possible. They’ll take care of you and focus on the next car. They don’t need you to buy them extra time, really. Fast food workers are used to overseeing one order after another, so play your part and don’t make it harder on them.

Here’s a polite thing many people do, but that fast-food workers hate. They’ll usually give you more ketchup and condiment packs than you need, so you’ll end with leftover packs. The best thing to do is to throw them away unless there’s a container for them.

Why not return leftover ketchup packs on the counter? First, you’re slowing everyone down. Second, the staff can’t just give your unused packs to someone else; what if you did something to them? What if one of your packs is a bit open, and you return it? It might end in someone else’s order, and that’s a lawsuit right there.

Are you being too polite?

Okay, there’s no such thing as being too polite, but people in fast-food restaurants are used to working fast and take great pride in dispatching customers lightning fast. Don’t be that guy delaying everyone’s orders just to make sure you’re being nice to the guy behind the counter. Just smile and say thanks. Fast-food restaurants appreciate fast customers!