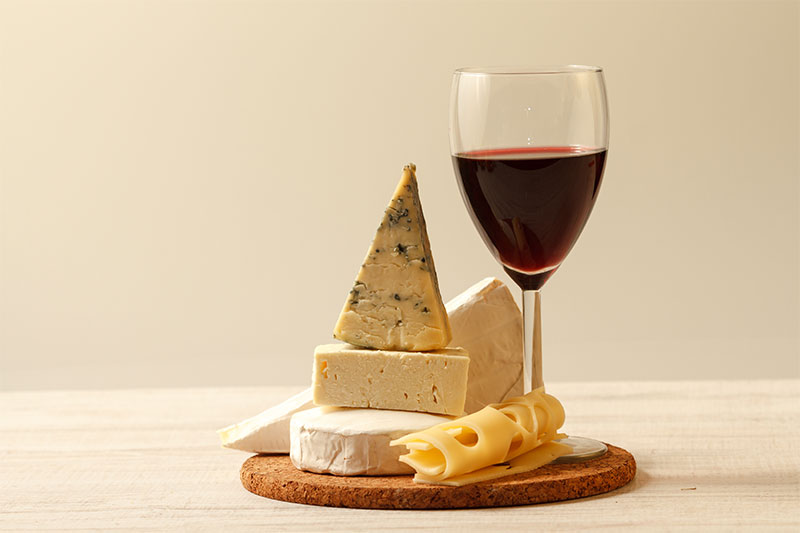 Many people have gotten into some bad habits over the course of the pandemic. However, maybe not all of these habits are so harmful as one would think. One habit that people have gotten into is drinking wine and eating different cheeses. Perhaps they are going overkill at it as well. However, what if there is some good that comes out of eating wine and cheese? That is because there are some positive attributes to this habit of snacking on cheese and enjoying some wine, and that is the case even if it is daily.

Why Is Wine And Cheese Good For You, Afterall?

Studies have shown when you pair wine and cheese together, it is good for your brain and can protect you from dementia and Alzheimer’s. If you have Alzheimer’s or dementia in the genes because one or several of your grandparents or parents ended up with it, then you may, unfortunately, be prone to it. However, you can still delay it and maybe even stave it off completely. That means wine and cheese together can keep you safe from cognitive decline. That does not mean to go nuts with it, such as drinking an entire bottle of wine and eating too much cheese each night.

Too much wine and too much cheese have too many calories and that will cause weight gain. Weight gain can increase your chances of developing obesity. Obesity can increase your chances of developing Alzheimer’s disease. Therefore, that would defeat the purpose. That is why there is truth to the saying too much of a good thing is not good for you either. The key is to enjoy wine and cheese in moderation, which means a few small cubes of cheese with one glass of wine nightly. If you can keep it there, then you will do your brain a favor!

Studies conducted at Iowa State University have found that there is a link between pairing wine and cheese helping to stave off cognitive decline. It involved close to 1,800 participants from the ages of 46 to 77, and they had to answer some questionnaires about their diet and they had to take a fluid intelligence test to see how sharp they were. The research took place between the years of 2006 to 2010, and then there were several follow-up tests from 2012 to 2013, and 2015 to 2016. The results showed that those who had wine and cheese were least likely to have cognitive decline.

Therefore, if you love your wine and cheese, keep enjoying them. You again want to enjoy it in moderation. However, at least you have the green light to do so because it gives you an opportunity to keep your mind intact. However, you have to keep up with a healthy lifestyle as well to maximize your chances of not ending up with Alzheimer’s disease.

What Else Can You Do To Prevent Alzheimer’s Disease?

Therefore, why not have a fun time with some friends enjoying a glass of wine and some cubes of cheese as you play some trivia games with one another! That will definitely help keep Alzheimer’s disease at bay and keep your brain strong!