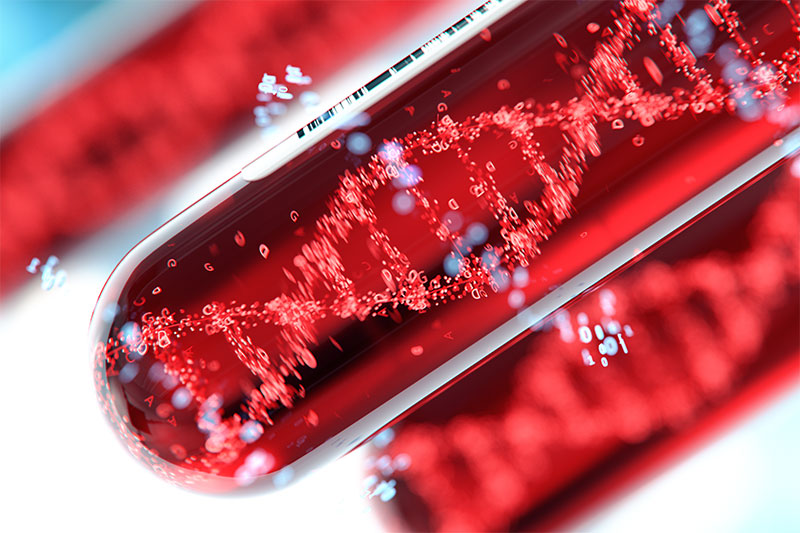 Do you know what any symptoms of blood cancer are? Chances are that you do not. And that is because you are not since it is not talked about too much. That is what was found when the charity Blood Cancer UK was conducting a survey among adults in the UK. About half of them were not able to name a single symptom of blood cancer and that is a sign that more needs to be spoken about this fact considering blood cancer is the third largest cause of death by cancer in the country.

The charity was asking these adults to name the symptoms that they believed and over 56 percent of the adults asked were not able to name a symptom. Only one percent answered fever and only three percent answered breathlessness as a symptom. They also found that the awareness of blood cancer declined after 2018 and that likely had to do with the fact that there was too much attention on COVID-19 which meant that fewer people were concerned about blood cancer since the pandemic was on everyone’s minds.

Speaking of that, this charity has been concerned about those symptoms that the few knew about the blood cancer because those are also symptoms of COVID-19 meaning that they may think that they have COVID-19, even if they test negative and not even consider they have blood cancer.

During the height of the pandemic, fewer people were being diagnosed with blood cancer and that was the reason for it. COVID-19 had so many similar symptoms. That is such a worry considering that blood cancer will end up causing a slow death if it is not caught early. Therefore, the one thing that the charity has been trying to do is making the symptoms of blood cancer known as they are working on awareness campaigns for it.

What Are The Symptoms Of Blood Cancer?

Blood cancer involves symptoms that go beyond shortness of breath and fever. You also will experience unexplained weight loss as that is common for any type of concern. You also could have unexplained bleeding or bruises as well as swelling and lumps. You could also end up having night sweats to the point they are drenching your bedding. You may also have recurring infections that are severe.

Other symptoms can include itchy skin and unexplained rashes, as well as pain in the bones or joints. You can also have pain in the abdomen and a lot of fatigue. The degree of fatigue that you could have is so impactful that you may struggle to move from the sofa or bed. You will also show pallor which means you will become pale. If you have any of those symptoms and you test negative for COVID-19, then you need to be tested for blood cancer because there are many similarities between blood cancer to this novel virus.

What Is The Prognosis?

Like with any cancer, the earlier it is detected, the much better chance you have at beating it and going into remission. However, the one thing that is concerning is that because of the pandemic, people overall are hesitant to go to their doctors because they do not want to go anywhere there is a chance they can catch the virus. That is why it is important to vaccinate, mask up, and keep your distance from others which increases your odds greatly of staying healthy regarding COVID-19. However, you cannot put seeing your doctor off if you have even two of those symptoms because a sudden fever, fatigue, and shortness of breath are not normal – especially if you test negative for COVID-19.