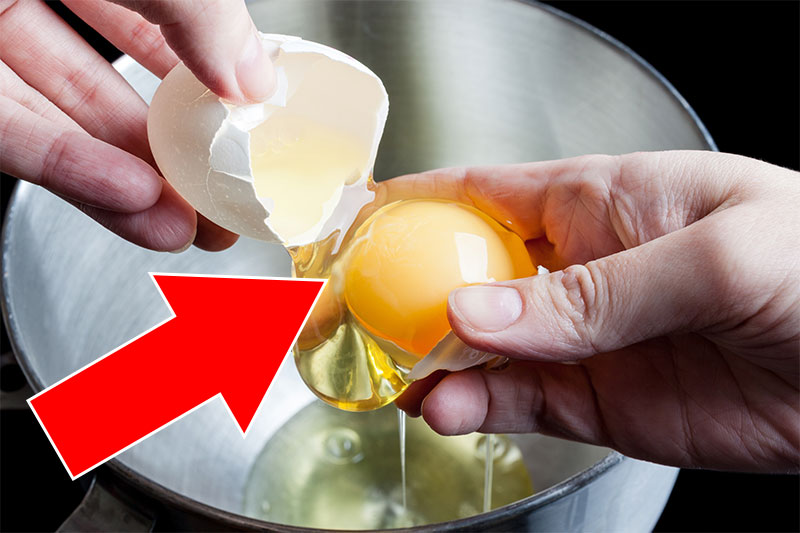 You crack open an egg that you want to fry, poach, or scramble, or use in a recipe and you see the whites, the yolk, and then there is this stringy white stuff. You look at the thread-like white stuff in your eggs carefully and see if it is even natural. You also wonder if it is thereafter cooking it up. However, if you are worried that the stringy white stuff is anything that you should not eat, there is no need to worry because it is completely natural. Before answering the question by telling you what the stringy thing is called, let’s talk more about the anatomy of the egg as we debunk some myths about it.

Do You Mean The Thread-Like Thing Is Not The Umbilical Cord To The Yolk?

Absolutely not! The stringy thing is not an umbilical cord to the yolk or a vein that one may easily think it could be. Inside the shell is the yolk and the egg white, and what happens inside the egg is quite interesting. And that thread-like white thing inside of the egg does play a critical role in its development. Even though the thread-like thing does not look natural, it is completely natural and needed so that the egg develops naturally. The name of that stringy white thing in the egg is the chalaza.

There are two chalazae in the egg and there is one that hangs from the top of the shell and there is another one that hangs from the bottom. They have the appearance of thin white ropes, hence the stringy composition. The composition of the chalaza is protein and they stay attached to the yolk so that it prevents it from bumping into the eggshell’s sides. If you are worried that it is anything strange, it is not as once again, it is critical for the development of the egg.

Is Chalaza Safe To Eat?

Yes, it certainly is safe to eat. Remember that it is a normal component of the egg even though you may question it. And if looking at it bothers you, the good news is that when you cook the egg, it disappears so you do not even notice it is there anymore. When you scramble eggs, for example, you will see that the chalaza is nowhere to be found and it simply disappears within the yolk or the egg whites.

Here is another thing to know. If you see the chalaza right next to the yolk when you crack open an egg, it is a sign that the egg is fresh. It is more of a worry when the egg that you crack open does not have a noticeable chalaza. And if there is a strange smell that comes from that particular egg, then that means it has gone bad. You do not want to eat it as it can most definitely make you ill. Therefore, the chalaza is good and it is a sign that the egg you are about to cook is also quite good.

A lack of chalaza in an egg may not also necessarily mean it has gone bad. It may simply mean that the eggs were sitting in the fridge for a long time. The chalaza will also not interfere with your recipes either. Therefore, it is safe to say that once you begin to cook your eggs whether you cook it by using a recipe or your eggs as they are, then the chalaza does go away. Now that you know that it is very normal for your eggs to have this stringy white stuff, you do not need to worry about it! Worry more if you don’t see it!