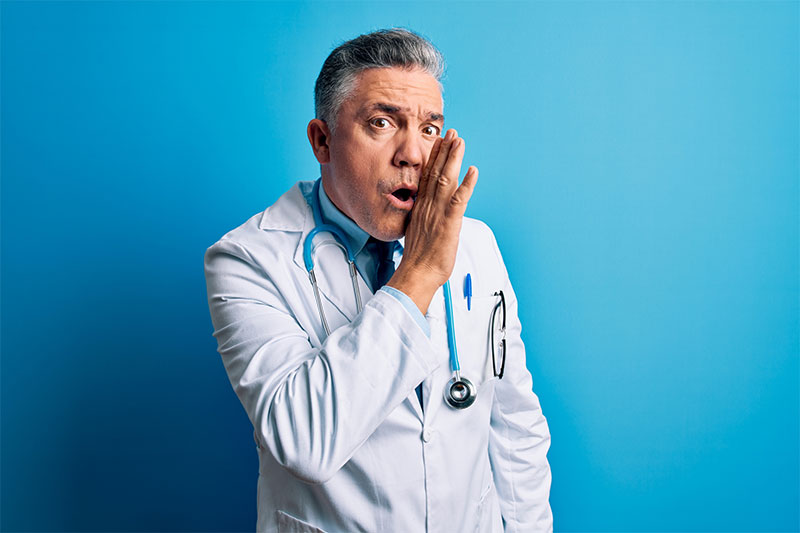 You Only Have Five Senses

It was believed for years that all you had were five senses which were to feel, taste, smell, see, and touch. That is what children even to this day still learn in school, and this was established by Aristotle in 350 BC. However, as research evolved, there are a lot more than five senses that humans have. You may think that there is a sixth sense and that is the only one, which there is, and that is intuition. However, there is a range from 22 to 33 senses that humans have that include your sense of temperature, balance, movement, and pain. You also have a sense of thirst which keeps you alive since it is your body’s way of telling you that you need more water.

If You Swallow Gum It Takes Seven Years To Digest

It was believed by doctors that if you swallowed gum, then it would stay in your stomach for seven years. However, if there is any doctor that still believes that old wives’ tale, then they should perhaps go back to medical school. This has been debunked for a long time. The gum contains synthetic rubber which is not digestible and this is why the myth started in the first place. However, as long as the gum does not go beyond the size of a quarter as it should not, it will pass through. If you chew and swallow too many pieces, then you will need to get your stomach pumped because it will block your intestinal tract. That can become fatal.

Heat Escapes From Mostly Your Head

Heat does not only escape through your head as it can escape other parts of your body. However, this myth began in the 1950s when soldiers during the winter found that heat was escaping through their heads and not other parts of their bodies. There is an issue with that, and that is because the head is the only body part that was not covered. Therefore, it explains why it was believed that heat only escaped from the head. Heat will escape your entire body if you are wearing loose-fitting clothing, and even more so if you are completely naked.

Some People Are Double-Jointed

You may know someone who can pull their thumb behind their palms all the way and you would think they are double-jointed. However, that is not the case as no one is born with extra joints. These people have extra flexible joints and that is a condition known as hypermobility. It can be caused by loose ligaments or poorly shaped bones, and it affects just over ten percent of the population.

Your Fingernails And Hair Grow After You Die

It is believed that your fingernails and hair grow after you die, however, that is a myth. Once you die, all of your cells cease to produce. What happens is that your skin shrinks which is why it appears your hair and fingernails are extra long. However, nothing continues to grow after death and within minutes of death, you begin to decompose on a microscopic level until it begins to happen overtly.

Now you know what myths doctors should debunk when it comes to the human body. Those listed are misconceptions that have been proven to be untrue for a long time.