When you are ironing your button-down shirts, you probably have wondered why there is a loop at the back of your shirt as you iron. What is the purpose for it? It is not one of those things that you consciously think of at other times except for when you are in a situation where you see it right in front of you? You often wonder what that loop is really used for and why it is even fashionable. There is a reason that this loop does exist and there at one time was a purpose for the loop. 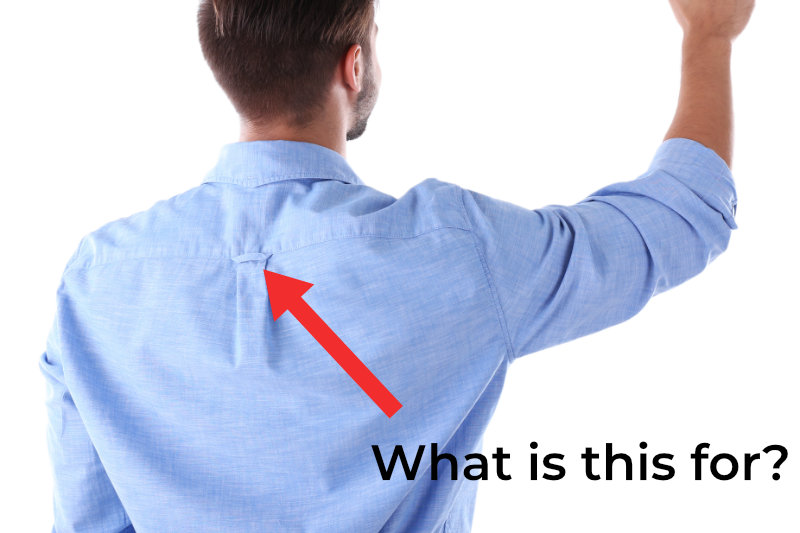 Locker loops established back in the 1960s as the trend with those loops was becoming popular among Oxford button-down shirts back then. Those were useful among the Ivy League as those who attended the academy would hang their shirts up by using the loop to place on the hook. It was all for convenience at the time. However, over time when shirts were simply hung up, those loops no longer had a purpose other than for decorative and fashionable reasons. That is why designers keep using them on those shirts as they make a fashion statement. If you still want to hang your shirts that way as it was originally intended, then you can if you choose as that is a personal choice.

And that may be surprising to learn since it did not start with the military. However, these loops technically started appearing on those shirts even before that among garments for East Coast sailors. Ships did not have the room for closets which is why they used lockers to save space instead. And the lockers weren’t wide enough to hang clothing with a hanger, they had hooks instead. But oridarystrings were sewn on the back of the shirts to hang them on the hook. The difference is that those loops were just ordinary string attached to the back of the shirt.

Hanging was the preferred option over folding the shirts as folding would have caused wrinkling and hanging them would not. That is why hooks were installed in those lockers for the sole purpose of hanging up those shirts. So you can say the idea technically was started among the East Coast Sailors during the first part of the 20th century.

However, the fashionable aspect of it did not begin until the 1960s at the Ivy League school and into areas of dry land when Gant Shirtmakers started including the detail into its line of the Oxford shirts as it was a fashion brand for Yale University. Therefore, Gant manufactured more of those shirts that were for students who studied at the New Haven campus which quickly became a popular men’s style in the 1960s in the USA. Eventually, other countries around the world took to the style and the loop was added to those shirts by other clothing manufacturers.

Once the loops were becoming more and more popular, those who wore those shirts started becoming creative with it. Men wearing those shirts with loops intended to do so in order for their dates to tear off the loops since it was used for romantic purposes. Men would even cut the loops off if they already were taken whereas their girlfriends would wear their boyfriend’s scarves.

However, the loop became problematic for men, as well as loops that were intact, were yanked off by bullies for fun. Those loops also were to blame for stoking homophobia. Those who were homophobic said that intact loops are worn by men were not a sign that men were single. It was a sign they were gay. That is where the offensive terms ‘fairy tag’ and ‘fruit loop’ came from.

Fortunately, the loop is no longer associated with any of that and it is just a feature that button-down clothing has. It is just a design, but if you were ever wondering why the loop is there on the back of those shirts, you now know why. That just shows you that there is a story behind everything that exists – even behind one as insignificant as the loop on the back of your button-down shirt.