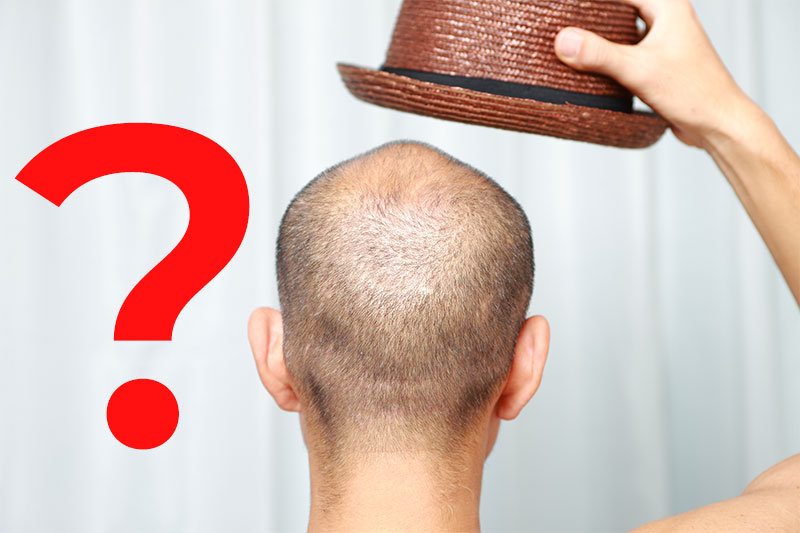 If you are showing signs of baldness, you know that at a certain point that hair recovery and growth will not work. Once the hair follicles are gone, they are gone and testosterone levels can be to blame. Some men don’t mind being bald and don’t have a need to conceal their baldness. However, there are other men that have the need to wear a hat so that their baldness does not show. If you are showing very early signs that you are losing your hair and you are one of the men that don’t want to show others that you have been suffering from some hair loss, you may have the inclination to wear a hat.

However, there is also a concern about the possibility that wearing a hat frequently will cause baldness to accelerate by encouraging more hair loss of the existing hair. However, it does not mean that there is a correlation between frequent hat-wearing and hair loss. But there can be a correlation of hair loss due to the friction that the hat or any garment you put on your head.

While the hats themselves are not to blame for the hair loss of remaining hair, the way you wear the hat can because the material from the hat can rub against your hair which will remove the strands. Your hair will grow back, but eventually, it will not because of the expiring follicles. The hats themselves again do not cause the follicles to expire. However, it can increase the speed of the expiration of the follicles. According to WebMD, there is a term for materials pulling the hair which results in hair loss, and that is known as traction alopecia. Therefore, that means tight hats or garments on the head will increase the speed of hair loss by pulling on the hair which can result in clumps of hair falling out.

Therefore, when this happens, you will find that your hair becomes thinner over time and reduces the size of the hair follicles. Eventually, that is when the hair stops growing. Therefore, the best solution to avoid traction alopecia if you want to keep wearing a hat is to wear one that is large, and that is not tight on your head. A large hat will not cause your hair to fall out so quickly. As long as the hat is not tight on your head, you will be fine.

However, traction alopecia does not only happen to men. It can happen to women too, and that can also result in wearing tighter hats. Women also experience hair loss, and that goes for those who have hormonal imbalances including higher testosterone levels which happen from PCOS or polycystic ovarian syndrome.

What Can Cause Traction Alopecia In Women Other Than Wearing Tight Hats?

Many hairstyles that involve wearing the hair tightly and pulled back such as extensions, buns, and cornrows can increase the chances of hair loss. Also, wearing tight rollers for prolonged periods can do the same. If you brush your hair too aggressively, and if you use hot combs and oils frequently, that can also increase the chances of developing traction alopecia.

The point is that you want to wear loose-fitting hats, and not brush or comb your hair aggressively. If your hair comes out in clumps just once, then it is not going to mean that your hair follicles are ruined from that one time. However, if it becomes a frequent situation, then it will and that is when you will increase your chances of having permanent hair loss.