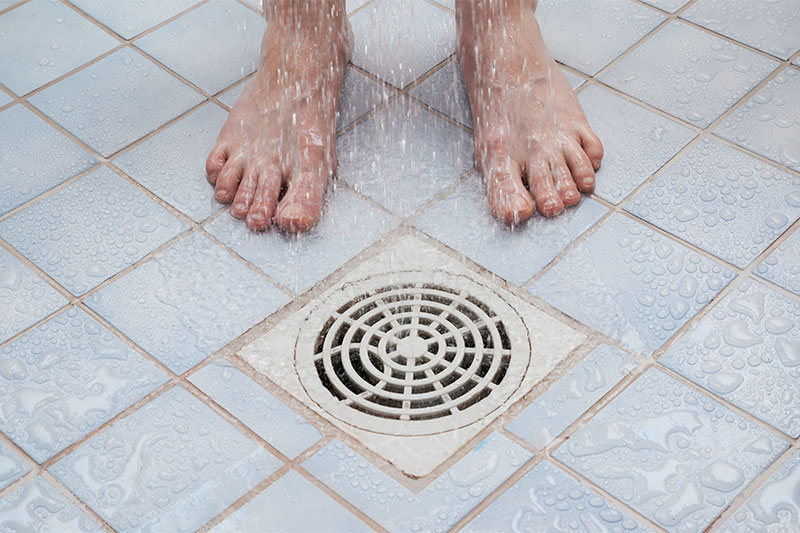 Taking a shower is refreshing, especially when it’s hot outside. Take one as soon as you get out of bed and feel energized all day or enjoy a shower before bedtime to sleep like a baby.

The thing with showers is that they’re not always the best for your health, especially in summer, when, reports say, people sometimes take more than a shower a day. Sure, showers are harmless, but is there a downside for merrily scrubbing under a warm stream of water? Here are a few things you should never do after you shower in summer. And no, it’s not all that bad either, so fear not.

Let’s start with the basics. What’s the right temperature for the water for a shower? It turns out both hot and cold showers have their health benefits.

Taking a shower with extremely hot water, but not hot enough to harm you, lowers your blood sugar levels, reduces your blood pressure and helps you sleep better. In summer, a hot shower might sound like overkill, but it isn’t. When you take a hot shower in summer, you accustom your body to higher temperatures, and you feel less hot during the day, at least for a few hours.

Taking a cold shower might have the opposite effect. You feel immediately fresher as you cool down, but then your body has a hard time resisting hot air temperatures.

Here’s another take. What should you never do after taking a shower in summer? You should never forget to put on some sunscreen after you try yourself, not just in your exposed skin but all around, especially if you’ll be out under the sunlight all day.

UV rays are incredibly harmful, and they’re ruthless in summer. If you’re taking a shower, you better protect yourself and make it a habit because skin cancer is a real possibility, and it’s no joke.

Sunscreen is best absorbed when your skin is moist, so applying it just after taking a shower is a great practice. Don’t overdo it, though. If you’re not leaving your home, you can skip your daily sunscreen rub.

Taking Too Many Showers

Here’s something else many people do in summer; they take too many showers. If you take more than a shower a day, you weaken your natural protection from bacteria. Our skin’s outer layer, called stratum corneum, protects us from uninvited guests and showering too often can deplete this layer, leaving you at risk of infections and other nasty stuff, including harmful UV rays.

Resist taking more than a shower a day, even in summer. Actually, you might want to take one every two days to ensure the healthiest skin, provided you’re not too sweaty. And the same goes for bathing. Although a hot bathtub has its benefits, you don’t want to steep in hot water for too long, too often either.

Last but not least, there’s one more piece of advice for when taking showers or bathing in summer. Keep that drain covered! This might not have to do with your health directly, but it matters, too. Insects, especially cockroaches, hide from the blistering sun, and that means they find shelter in our homes during summer.

It turns out; roaches will crawl out of your drain with more frequency when it’s hot outside, so make sure you cover the drain after using the bath to stop these creepy crawlers from invading your home. Summer is fun and all, but it has its downside. Although you can’t stop insects from inviting themselves to your home, you can at least make it hard for them!

Summer is Fun but Look After Yourself!

Summer and bathing, who knew you should take some many extra precautions? Well, at least now you know, which means you’re ready to enjoy the warm season. In a nutshell, take care of your skin and keep pests at bay. Do so, and you’ll have a great summer!

Now, go on and call some friends for a pool party. Summer is gone faster than you think. Make the most of those beautiful blue skies and radiant sunshine.