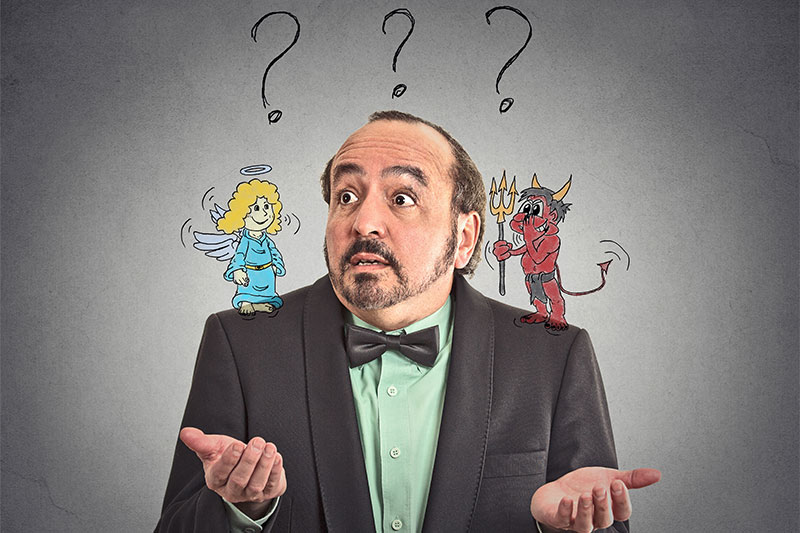 When you go grocery shopping and you forget to bring or make a shopping list, you have an inner voice telling you that you cannot forget to buy bread since you are approaching the bread aisle. Therefore, you grab the bread and if it was not for your inner voice, you may not have even remembered adding it to your list whether you made one and forgot it at home or not.

At the same time, your inner voice can also be your inner critic. When you forget to pay your bill on time, your inner voice says ‘how could I have been so sloppy to forget to pay the bill?’. Unfortunately, those who have experienced emotional and verbal abuse growing up have very low self-esteem and their inner voice has taken over the voice of their abusers which is why they struggle to survive in life. That is an example of how an inner voice can be damaging. But it is not always the case if it is there to remind you of something you need to do. You hear a lot about an inner voice, but does everyone have one? The answer to that is, no.

Not everyone has an inner voice. Instead, they utilize visualization. They don’t have the inner dialogue going on in their minds. Therefore, instead of them being at the grocery store and having their inner voice remind them to get the bread, they visualize themselves getting the bread instead. However, it is hard to imagine for those who do have an inner voice that there are many that visualize things instead. And it is also hard for those who visualize things to imagine anyone who doesn’t do the same and has inner chatter instead.

What Is The One Thing That Causes An Inner Voice In Those Who Have It?

Studies conducted on this issue have indicated that people who are feeling pressured or stressed tend to use their inner monologue more often. It could be used more when they are studying for an exam or practicing for a job interview. People use it more when they attempt to focus on something.

Those who use their inner voice say that it is their own voice that they hear within. It has to be familiar, however, the sound of the voice may change depending on the situation. Those who are overly critical of themselves, have a harsh-sounding inner voice and when it comes to their inner voice reminding them to get or do something, they have a softer voice. Sometimes the inner voice is calming when it comes to people reassuring themselves that they can take on a task. The voice may say ‘you can do it’. In some cases, there may even be wordplay that people use within themselves that does not make sense to others.

What is the thing that causes the inner voice? Studies have shown that there is a signal in the brain known as a corollary discharge. That is the signal that helps you differentiate between any type of sensory experience you have internally as opposed to anything that you experience externally. Not only does it play a role in your inner voice but it also plays a role in your auditory system. When you speak, you have an internal replica of the sound of your voice.