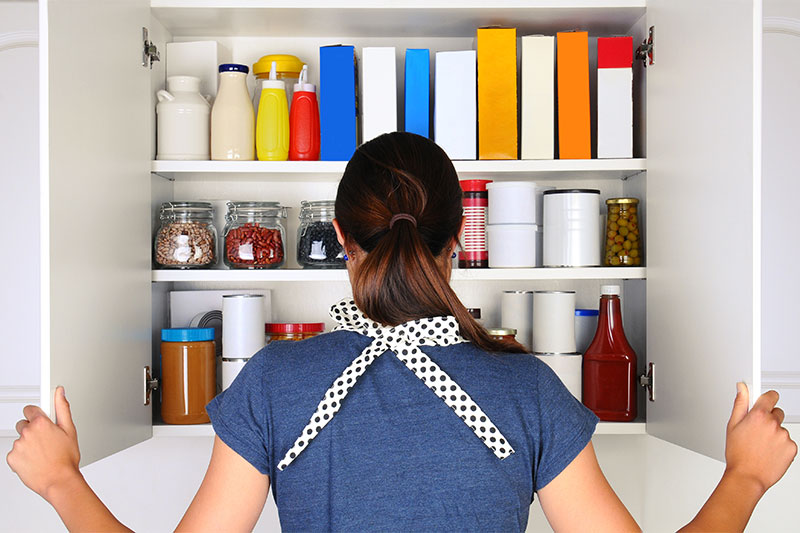 We generally store shelf-stable food in our pantries, foods with long shelf lives that can stay there for weeks, months or years! The rest of our food often goes into the fridge; that’s how things work.

Still, some food items in your pantry can be hazardous, although we often consider them safe. The thing with this health threat is that it might be sitting in your pantry right now, and that’s scary! After all, having a food item as dangerous as poison is a bit disturbing. Get rid of this type of food right away.

Damaged cans are the most harmful thing you can have in your pantry right now, and it’s because they might be home to the botulism bacteria. As explained by the USDA, bacteria called Clostridium botulinum (C. Botulinum) grows in the absence of oxygen, just like inside a can. The bacteria are rare, that’s true, but they might be present in any type of canned food.

The bacteria thrive inside the cold, oxygen-free can and produce a deadly poison or toxin that can cause botulism.

If not treated with an antitoxin, botulism can cause paralysis and death. And although you can get botulism in many ways, including using dirty needles, infected wounds, and contaminated food, the most common is banged up cans.

Symptoms of botulism toxins in your system appear 12 to 36 hours before being exposed, and the disease must be treated immediately. Many cases have to do with food that came from a contaminated can. So, how do the deadly bacteria get into your cans of food?

How do the botulism bacteria find their way into cans?

Just a few bacteria spores in the food before canning is enough to contaminate the entire can, causing it to bloat and even leak. Brine, salty contents and acidic food are more resistant to botulism bacteria, but improperly canned food has an elevated risk of contamination.

Home canning is particularly dangerous, as people don’t take the same precautions as canned food factories. Once the spores are canned without oxygen, the bacteria thrive, and although impossible to detect at initial stages, the contamination will deform cans, even causing leakage.

How to get rid of damaged cans?

For starters, never buy a damaged or shady can of food in the supermarket. If you already have a leaky can in the pantry, use gloves and a mask and get rid of it. Disinfect the pantry heavily after removing the damaged can.

Giving a proper rotation to your food cans is a good idea as well. Although canned food can last years, unless you’re prepping for an apocalyptic event, try not to have too many cans just sitting there. Buy what you’ll consume in the week or month and then buy fresh cans the next time you go shopping for groceries.

Don’t can your own food if you don’t know what you’re doing. You need to sterilize the food at temperatures of at least 121°C (250°F) in a pressure cooker to kill all botulism bacteria. There are other recommended prevention measures, so do your own research!

Canned food is a blessing, but it can also be a curse.

Of course, canned food changed our lives, and we love it for that. After all, cans allow us to have unlimited food supplies! Still, cans can be dangerous, so don’t rely on them too much. Fresh food is always a better alternative, and although very few cans are infected with botulism bacteria, some are, so stay safe!