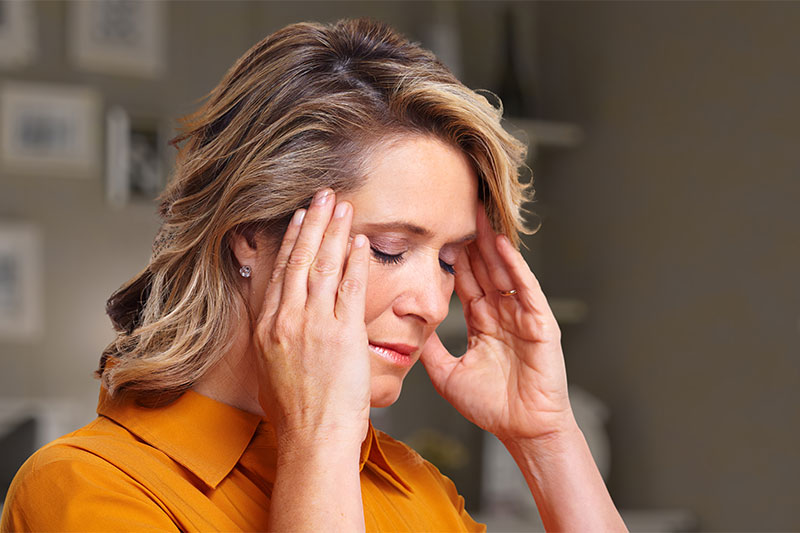 Alzheimer’s is a widespread neurodegenerative disease that leads to dementia in many cases. Disorientation, difficulty speaking and understanding, and impaired memory are common symptoms of the condition. Although Alzheimer’s still has no cure and it’s difficult to predict, there are a few signs that might mean you’re at risk of suffering from Alzheimer’s.

It turns out pain might be associated with Alzheimer’s, but not just any pain. Read more about this possible sign of the neurodegenerative disease. You might still be on time to talk to a doctor and treat dementia from the start.

Here’s the thing, a recent study by The American College of Rheumatology discovered that 47 percent of people with widespread chronic pain were more likely to develop Alzheimer’s and other forms of dementia.

Chronic pain might affect our mental health, which raises the question. Is regular pain-causing Alzheimer’s, or is it an early symptom of the degenerative condition? Increasing pain intensity might cause dementia, but people with diagnosed dementia also reported significantly more pain than patients without mental illness. This is an authentic medical puzzle that might help us understand Alzheimer’s and chronic pain better.

What are the causes of chronic pain?

Everyday pains, joint pain and overall weakness are common in patients with chronic pain. And although chronic pain might be a congenital condition, other factors lead to increased pain.

Years of poor posture, improper lifting of heavy objects, trauma, overweight, inadequate sleeping postures and normal aging cause chronic pain. And it’s complicated to treat, as it affects the entire organism, from the bone structure to the muscles.

Of course, conditions like rheumatoid arthritis, osteoarthritis and fibromyalgia are known for the chronic pain they inflict on people. To make things worse, it seems they’re also prone to getting Alzheimer’s and dementia.

How to Prevent Alzheimer’s?

Currently, there’s no evidence supporting that Alzheimer’s can be prevented. We don’t even know what causes the condition. Still, chances are an adequate lifestyle comprising healthy eating, good habits and exercising might keep the brain and nervous systems younger and in better shape.

It comes without saying, exercising your brain is a good idea as well, as problem-solving and memory games might keep your brain cells active and less prone to degenerating. Staying sharp might just be the key to preventing, or at least delaying, dementia. Some studies have shown that the mind loses functions if not actively used.

Get diagnosed before symptoms begin.

The sooner you discover you might be prone to chronic disease or dementia, the better the chance of treating and preventing the conditions’ development. There are still no 100% effective treatments for some of these conditions. Still, there’s a good chance medication and promising therapies can slow down both diseases related to chronic pain and dementia.

Check yourself regularly and be mindful of any changes in your mind and body. The sooner you sense there’s something wrong with you, the better your chances of preventing greater health threats. Hopefully, science will soon find ways to prevent and treat chronic pain-causing diseases and symptoms of dementia like Alzheimer’s.