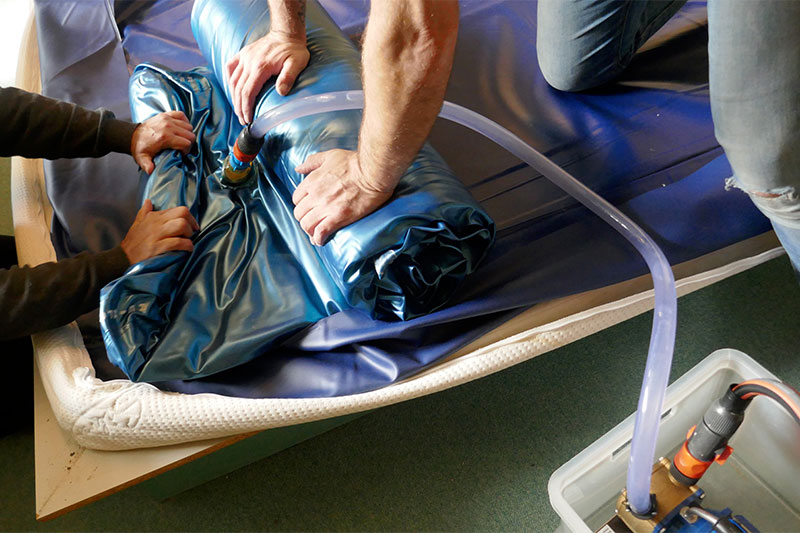 Remember the days of the waterbed? When you find a great mattress to help you get a good night’s rest as it rocks you to sleep. Also, your kids would have fun jumping on it because they were able to enjoy the fun aspects of having a waterbed. That is not something you see happening anymore. You don’t hear about kids jumping on waterbeds for the fun of it because their parents no longer have waterbeds. And you also don’t hear about waterbed sales happening, and the question is why? Why are waterbeds no longer popular? Actually, why aren’t people buying waterbeds anymore?

Waterbeds Were An Immense Amount Of Work

It did not matter how much waterbeds kept you warm during a cold winter night or the calming feeling of sleeping on water. If you had to move the waterbed to another room or if you were planning to move to another residence, you would have to drain the waterbed and that always took a tremendous amount of work. Moving as it is can be quite stressful, and having to drain the waterbed on top of that was not the kind of stress that people wanted. Was there a worry that a puncture could happen to the mattress? Yes, but even more so, a waterbed is so heavy that it would be impossible for even the strongest movers to move it from room to room, let alone to another residence. The frames of the bed are incredibly heavy because of having to support the bed.

While the waterbed was popular in the 70s and 80s, it got to a point in the latter part of the 80s when the problem with waterbeds arose because of the issue with moving. That was when landlords did not even want their tenants to have waterbeds in their places of residence. How heavy are these waterbeds? They are an incredible 1,600 lbs! Who can move that around, even if you have several strong movers? It was not something that could easily be done. However, that was not the only issue with waterbeds.

Leaking was another problem that had arisen because of waterbeds. Since they leaked, not only would they leave water stains on the floor, but they would end up becoming breeding grounds for mold and mildew. If you had a wooden floor and had a waterbed on it, then you would find warped areas of the floor because of the water stains. If you had carpeting, then you would find there to be mold. Has the mattress ever leaked so badly that it burst? Yes.

When the mattress leaks to the point that water is pouring out, then that means a lot of water has come out and will ruin the floor in no time. That is especially if it is a wooden floor. You may even wonder if anyone has died while sleeping in a waterbed, and the answer is yes but that was not the main reason that waterbeds are no longer popular.

Can Waterbeds Make A Comeback?

The answer is yes. However, there would have to be a different way of manufacturing them where they would not be so incredibly heavy. They would also have to be sturdier and not be so prone to leaks. And the other thing about waterbeds is that they have to be wanted again, and be ‘fashionable’. Right now, there are a lot of negative associations with waterbeds because of the inconveniences and problems it caused in the past. Therefore, it will not come back imminently. However, it is hard to say if 50 years from now it won’t be popular again. There is no way to know, but sure, it is possible it will be popular again.