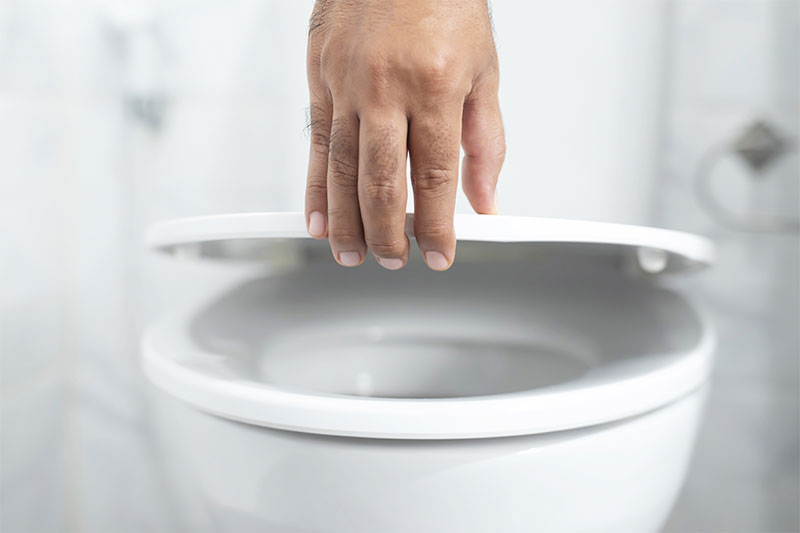 When you go to the bathroom to do your business, you don’t really think too much about flushing. You only flush after you clean yourself and then after you flush, off you go to wash your hands (which we would all hope that you do) and then go about your business. When you flush the toilet, do you leave the lid up or do you leave the lid down? If you close the lid before flushing, then kudos to you for understanding how that is the most sanitary thing you can do. However, if you have been flushing with the lid up, you need to stop doing that now.

What Is Toilet Plume?

As you know the toilet plume is what shoots up if you flush the toilet without closing the lid. The toilet plume consists of poop bacteria which includes E.Coli which is not what you want anywhere near you. If you are asking if you have been washing your hands with soap tainted with E. Coli and brushing your teeth with the presence of E. Coli after flushing the toilet while keeping up the lid, unfortunately, the answer is ‘yes’. If you are wondering how you have not gotten sick based on that, consider yourself lucky!

Therefore, the best thing to do is to close down the lid to your toilet after you finish wiping, and as you flush with the lid down, walk away from the toilet and then scrub your hands very well with soap and water. That is easy to do at home since your toilet has a lid. However, most public washrooms do not have toilets with lids.

How Do You Prevent Toilet Plume From Coming Up When You Flush Public Toilets Without Lids?

The unfortunate answer is that you can’t do anything about it since there are no lids that come with public toilets very often. The best thing to do is to finish doing your business and press down the lever with your foot as you quickly make the exit from the stall, and then shut the door immediately. Ensure that you wash your hands very well after using the public toilet.

If you have been flushing the toilet without closing the lid for your entire life and you have not gotten sick you are lucky but your luck will run out one day. Therefore, one of the most sanitary things you can do is to flush the toilet while keeping the lid on it so it is properly covered. That way, you will be safe from the plume.