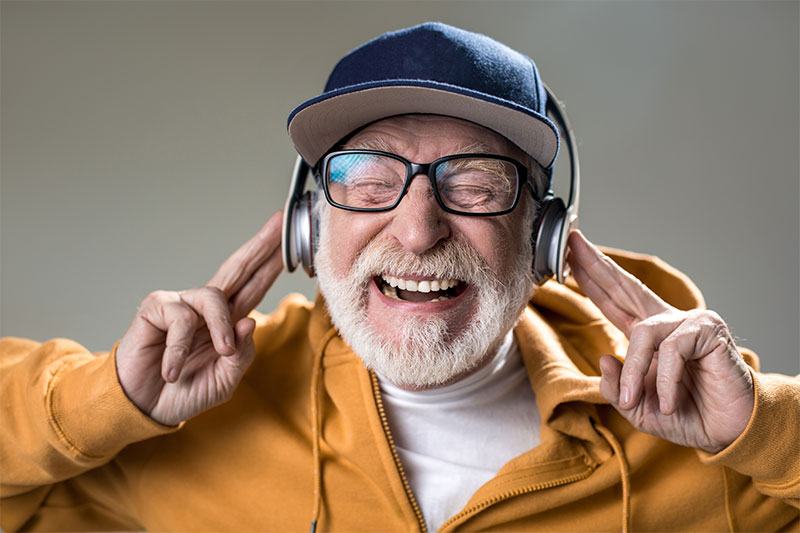 Most people like music, and there is something about music that is soothing, and likable, and that even goes for heavy metal since there are so many people that are calmed by heavy metal if that is their style. You may have also read that your love for music may have to do with your zodiac sign. That means if you are a Pisces or a Libra or a Taurus, you will have an appreciation for music. However, what if you love music and you don’t have either of those zodiac signs and what if you are passionate about music and you are a Capricorn, for instance? Your zodiac sign really has little to do with your love for music. However, your brain does!

If You Are Passionate About Music, The Reward System In Your Brain Is Always Active

Researchers who wanted to conduct some studies on music lovers found that those who are passionate about music are those who are far more empathetic than those who don’t care as much for music. Therefore, scientists from Southern Methodist University in Dallas as well as from UCLA conducted these studies by doing MRI scans on those who love music as well as on those who do not. The test consisted of asking participants to assess their levels of empathy before rating the music they were about to listen to. When the participants had their scans done, it was found that those who love music had the highest activity in the brain’s reward system known as the dorsal striatum. It was higher when they listen to music they liked, and it was also quite high for those who heard music that was unfamiliar to them.

Therefore, a connection was made between those who love music and arts and social empathy. The link between the two is very strong in those who are highly empathetic being passionate about music. However, that was a small study conducted and more research does need to be done to finalize the findings even further. Yet, at the same time, that backs up the theory that exposing babies and toddlers to music can help to develop the empathetic area of the brain. Music is good for young children as it can help with brain development in every area as well. What does it mean when someone is passionate about one music genre?

Does The Prefered Music Genre Determine Your Level Of Empathy You Have?

It is not a surprise that the genre of music you prefer and the way you think are connected in some way. Those who are highly empathetic tend to prefer soft rock and R&B music. Those who have empathy but are more logical in the way they think tend to prefer hard rock or heavy metal and may go towards the other spectrums as liking dance or electronic music or even jazz. Therefore, it means that people who are passionate about hard rock or electronic and so on are more balanced than those who prefer soft rock and R&B.

Does that mean if you like soft rock or R&B you don’t have logic at all and your empathetic and emotional side completely takes over? Not necessarily, but your emotional and empathetic side may be stronger than your logical side. Therefore, you may be more likely to be the type to adopt a pet after seeing one of those sad Humane Society commercials without considering the work, expense, and commitment you would need. However, that does not mean the logical part of that would come to you at some point. You would tend to go more with your heart easily whereas those who like heavy metal or hard rock or electronic or jazz music would have their heartstrings pulled but would also consider the logical aspect of their situation before adopting a pet.