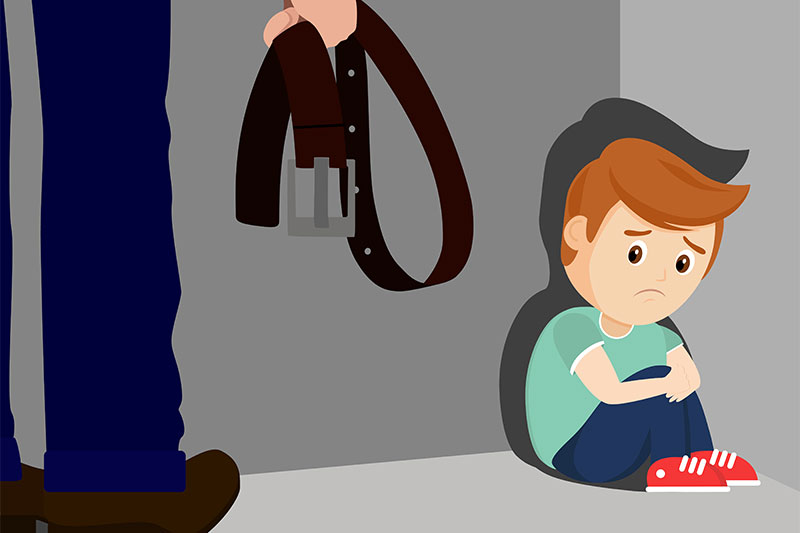 Many adults nowadays can remember at least one incidence of being smacked as children. However, if smacking only happened on rare occasions, that likely would not have a significant impact on the child into adulthood, or lifelong. Though, if children were smacked repeatedly during their childhood, then they would be affected lifelong. The way that the effect of smacking would have on them as adults as they would be more likely to approve of violence in relationships.

Even though governments in many first-world countries invest heavily in preventing family violence, smacking is one area that governments worldwide overlooked until recently. That is because smacking was a normal form of corporal punishment. That meant that if a child misbehaves, they would end up getting a smack each time on their behind. If it happens often, then the effects of the repeated smacking are the same as it would be if the child had to endure other forms of abuse growing up.

When anyone goes through abuse or repeated trauma during childhood, when the child is developing and growing, that has an effect on how the child turns out as an adult. That means there is brain damage done through repeated abuse and trauma that comes with it, and repeated smacking unfortunately is part of that. The brain damage that results from that manifests itself through various mental illnesses, alcoholism or other addictions, low self-esteem, as well as extremely aggressive behavior.

That is why those who are involved in abusive households are likely traumatized from experiencing repeated abuse during childhood whether it is through repeated smacking or through other means.

Repeated Smacking In Children Is An Adverse Childhood Experience

Researchers found that repeated smacking in childhood is counted as Adverse Childhood Experience or ACE. ACE is characterized by many traumatic experiences in a child’s life that cause toxic stress and that is a link to difficulties experienced during childhood. Therefore, ACE is a cause for mental illnesses such as depression, anxiety, and anti-social behavior. However, genetics can make one more prone to mental illnesses as well. That is why not everyone who has been smacked repeatedly as a child will end up suffering from a serious mental illness but they could also be affected in other ways by keeping their guard up and staying alone in adulthood by choice.

However, those affected by ACE are more likely to engage in violent behaviors at home, and once again, smacking is a cause for ACE. There are other factors that increase the chances of the child who deals with corporal punishment of engaging in violent behaviors as adults as well. That is through social learning theory.

When a child is smacked repeatedly, then they begin to learn that is the right way to behave and to deal with a problem. Therefore, that makes the child believe that violence is the only way to teach them to stop misbehaving. That also means that the child begins to learn that utilizing violence is the way to express frustration over something and they believe it is normal. That is also a reason that there is a link between smacking and violence later in life.

Now that there is awareness about the effects of smacking, there is another worry that others have when it comes to raising kids that don’t utilize any corporal punishment. The concern is that kids won’t be able to handle adversity as adults if there is no smacking. However, verbal non-abusive discipline is necessary. Smacking is not, and smacking is damaging to the child.