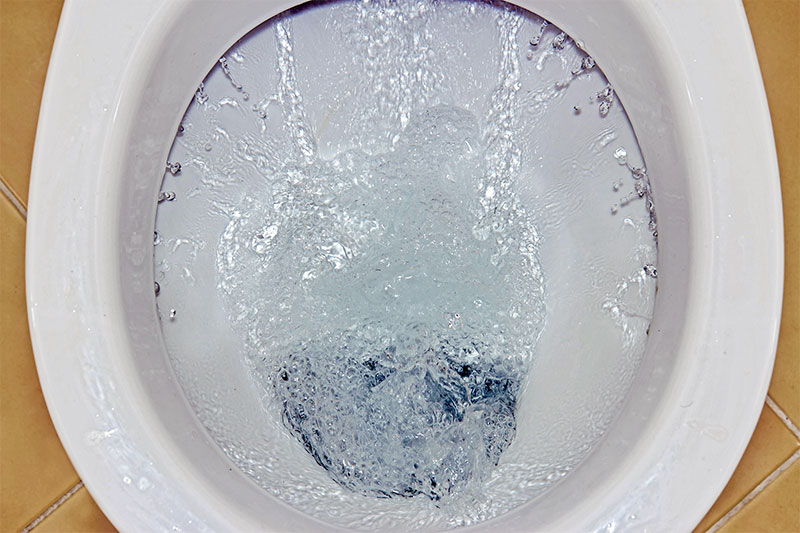 If you are out somewhere and you are hesitant to use the public bathroom because of how full of germs it is, you have a good reason to worry. You don’t know what kind of germs the users of that bathroom carry and leave behind. However, sometimes you do not have a choice other than to use the public bathroom if you are away from your home for many hours. When you do, all you can do is be as careful as you can. Carry your own toilet paper if you can because you are the only one touching it, and when you need to flush, use your foot to press the lever unless the toilet is automatic, and as soon as the flush starts, you’ll want to scoot out of the stall as quickly as possible. That is because you will be horrified to learn about the aerosol levels of the pathogens flushed by public toilets.

You may already know that flushing the toilet at home is highly recommended by health experts to cover the toilet with the lid first so that way the aerosols do not shoot up. That is because if you leave the lid up when you flush, the aerosols can shoot up six feet which can cover your entire bathroom. You will find plenty of bacteria and other pathogens from what inhabits the toilet in the first place which is urine, feces, vomit, and stagnant water. However, it is far worse in a public washroom.

Public Washrooms Are Dirtier Than Your Own

Firstly, public toilets rarely have a lid you can cover when you flush. You also do not know how often the janitorial staff sterilizes the public toilets. If you are in a high-end setting such as a gourmet restaurant, chances are the public washrooms are cleaner than they would be at a mall, for instance. However. even then you do not want to assume that. Not only are you finding that you will have the pathogens shooting up from public toilets, which are the same in your bathroom, but the force of public toilets is generally stronger which means they can cause the pathogens to shoot up even higher than six feet which can also cause a lot more contamination.

Another thing to consider when you use a public toilet, you are not only going to be potentially exposed to the same pathogens that you would in your bathroom at home. However, you do not know what other people are carrying who use the washrooms. If they are sick with a virus, you could easily catch the virus from the public toilet because it would be in the droplets from the aerosols shooting up.

If you use the public washroom during the pandemic, you can easily risk catching COVID19 yourself by flushing the toilet if someone infected with the virus used it before you did which is likely. The one way to test for the incidence of COVID19 is by testing sewage water. If there are traces of the virus in the sewage water, then there is evidence that there is a lot of infection in that particular area.

Even if there was no pandemic, it would not be any different. You could have people using the public washroom who are sick with the flu and the flu virus will also be spread in the aerosols from the flush. Therefore, the next time you need to use a public washroom, you will want to stay as safe as you can. Not only are the pathogens that come from your toilet spew at a faster pace in public washrooms, but so do viruses and other bacteria!