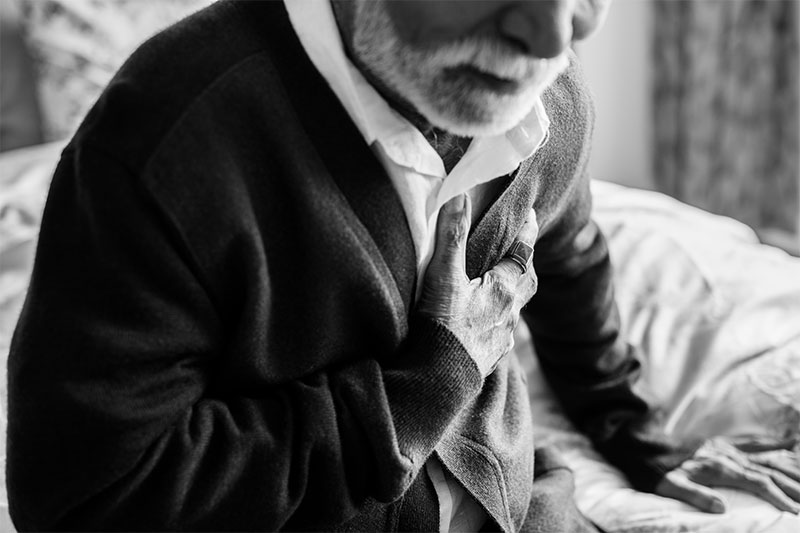 Cardiac arrest takes at least 350,000 lives every year, and the heart condition is one of the hardest to prevent and treat. Cardiac arrests happen when the heart just stops beating. 90% of people suffering from one of these dies, and those who have survived are because professionals treated them within minutes. After ten minutes of having a cardiac arrest, the patient most likely won’t come back.

The problem with cardiac arrest is that it seems just to happen, especially in people who already have life-threatening conditions like high blood pressure, diabetes, high cholesterol levels, a sedentary lifestyle and lousy eating habits. And by the time they feel something is wrong in their hearts, it’s too late. Not even calling 911 will save you from a cardiac arrest in most cases. The question is, are there symptoms for cardiac arrest?

Signs that can save your life

Researchers from the Oregon Sudden Unexpected Death Study in 2015 interviewed dozens of people who suffered cardiac arrests and their families to determine if there were symptoms for the unexpected condition. The results were promising. It turns out many people who suffered from cardiac arrest had symptoms anywhere between four hours before the attack and up to four weeks.

Around half of the people interviewed reported having chest pain and difficulty breathing days before they had cardiac arrest, some people up to four weeks in advance. Of course, very few of the patients acted as a response to detecting these symptoms, which could have been a way to prevent the imminent cardiac arrest.

Can cardiac arrest be prevented?

With such high fatality rates, anything you can do to detect a possible cardiac arrest might be the difference between life and death. If you experience chest pain and difficulty breathing, talk to your doctor immediately, especially if you’re already prone to heart disease.

And sure, having at least a few hours before cardiac arrest hits could save thousands of lives, but it would also help you prevent the cardiac arrest from happening from the start. How? With a healthy lifestyle. You’re never young enough to take care of your ticker, and that could be the difference between living a long, healthy life and dying prematurely.

Good habits for a healthy heart

Exercise. Move around a little. Take a walk or take spinning lessons. If you want to prevent heart disease, you better get that heart pumping. The heart is a muscle, after all, so keep it in good shape.

Avoid these foods. Stay away from too much salt, ready-meals, processed food, fast food, fried food, margarine, sugary drinks and simple carbs. You already know what types of food are harmful to you, now just avoid them!

Although there are ways to reduce the risk of heart disease, and there’s a chance that you might experience symptoms before getting a cardiac arrest, your best bet is checking yourself regularly and staying vigilant to anything your body might be trying to say.

Know yourself and listen to your body. Most importantly, act fast. If there’s something wrong with your heart, you might have less than a few minutes to get help.