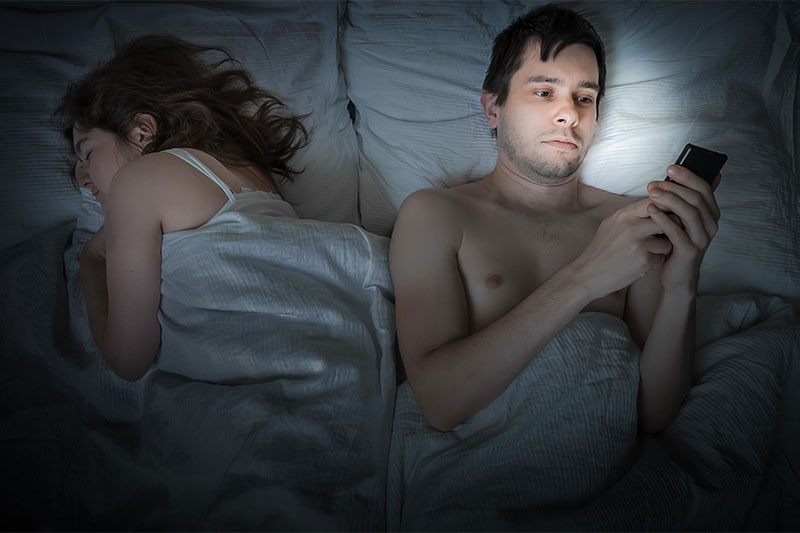 If you were married to someone who cheated on you, and you left them understandably so, and later found out that your ex was cheating again, then you would confirm that the saying ‘once a cheater, always a cheater‘ has a lot of truth to it. Sure, there are cases where infidelity happens out of extreme and unpredictable reasons where the individual was facing so much stress they did so as it was out of character for them. The only way to confirm that is if they remain faithful for good, and that does happen. However, the topic is about serial cheaters, and serial cheaters are that way for a scientific reason. That does not excuse them for the harm they cause in marriages. However, there is a scientific reason as to why someone would cheat repeatedly.

Those who had sexual relations with others instead of their partner during their first relationship make them three times more likely to cheat on their future partners. Again, not to excuse the behavior of serial cheaters, but they don’t do it because they are ‘bad people’. What happens is that when they cheat repeatedly, it causes their brains to become desensitized to negative emotions that are tied to dishonesty and lying.

Studies have shown that those who remain faithful or cheat once because of an unusual circumstance that caused them to do something very out of character is that they could not handle the emotional reaction from it. It is normal to have the desire to stray in a relationship or in a marriage, especially during times of unhappiness, extreme stress, and the belief you are falling out of love with your partner. That is normal for marriages to go through stressful periods for a variety of reasons which can even cause the marriage to stay strong or crumble. Therefore, those are the times when anyone would have the desire to cheat. However, what stops those who are faithful is that they could not handle the negative emotions associated with it as it would bring on a lot of guilt. Especially since even though they may think they are falling out of love with their partner, they really are not.

Those who cheated once out of character as well would have suffered immense guilt for doing what they did and would have worked extremely hard to build up trust with their partner if their partner decided to stay. However, when it comes to serial cheaters, the situation is quite different.

Serial cheaters may have felt bad about cheating on their partners initially. However, they could not help themselves and kept cheating again to the point that they adapted to their habits of causing infidelity and stopped feeling bad about cheating. Studies also found that those who were cheated on in the past were twice as likely to be cheated on again down the road. Additionally, those who thought that their partners cheated on them in the past were four times more likely to report that they were cheated on in future relationships. That was the case whether they were cheated on or not. However, the bottom line is that cheaters are desensitized to lying.

Some people are bad liars, but some are better at it. However, most people have anti-lying mechanisms and that is also known as the conscience. That is why when you lie, you feel guilty about it. That will make you not want to lie in the future. However, the more you lie, the less guilty you feel and that is why you become desensitized to it. The amygdala in the brain is associated with emotions. However, once you inhibit those emotions by frequent lying, there is less activity in the amygdala. That explains why there are serial cheaters because if they are caught cheating, they are too desensitized to the consequences to care.