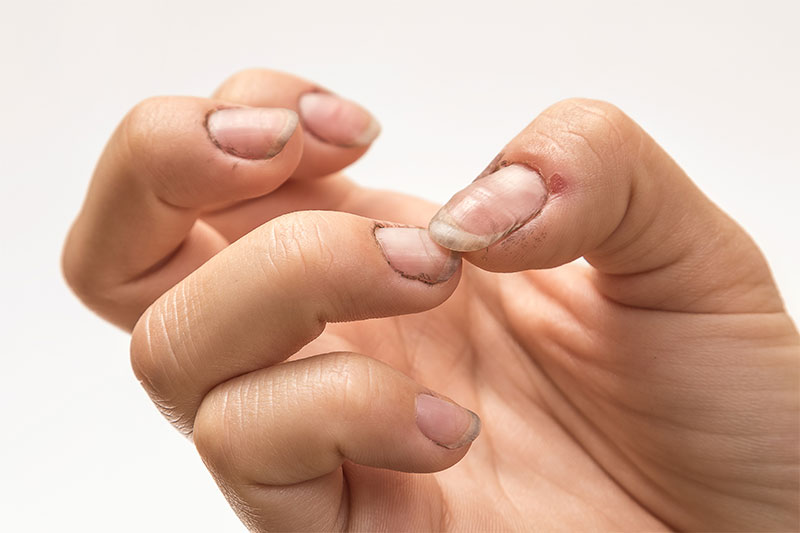 You scrub your hands very well, but no matter how well of a job you do, you are always frustrated that you cannot remove the dirt that is underneath your fingernails. That is a common reason too that many women wear nail polish to hide it because it makes them feel self-conscious since they cannot remove the dirt that is underneath the nails. And the worst thing is that the dirt underneath the nails keeps accumulating and unless you are always wearing disposable gloves, there is no way of getting around that. What is really underneath those dirty fingernails? Let’s find that out now.

The Nail Dirt Is Common And Harmless

Just know that you are not alone when it comes to the frustration you feel about not being able to clean underneath your fingernails. But it is normal and harmless. That debris is from keratin from the nail’s underside and the nail bed’s skin cells. That is what it mostly consists of. The other components of the dirt underneath the nails happen to be dirt in general, debris from personal care products, as well as lint. and there is no way to prevent that from going underneath your nails. Therefore, it is normal to see some grey underneath the nails.

Is There Ever A Time To Worry About The Dirt Underneath The Nails?

If you are noticing that the grey dirt is turning green, then that is a time to be concerned because that is a sign that you have an infection. That is because some bacteria will breed underneath the nails and the nail beds. One type of bacteria in particular known as Pseudomonas is common and shows a green hue once it is breeding out of control. Nail technicians call this bacteria the greenies, and that can cause an infection. However, the ones who are at the most risk for it are women who wear fake nails as they have a higher risk of attracting this bacteria because they are long and also have openings that are easy for bacteria to enter and breed. Therefore, that means if you have fake nails, are you more at risk for having an infection?

If you suspect you have an infection whether you have fake nails or not, you will need to see your dermatologist for it. You will likely get a prescription for topical antibiotics. That will be enough likely to kill off the infection. However, there is some good news. There are methods to help reduce the chances of infection and to help keep your fingernails cleaner.

How Can You Keep Your Fingernails Cleaner?

One of the best things to do to help keep your nails cleaner and the areas underneath your nails less likely to attract bacteria is to keep them short. If you keep them short, you are more likely to stave off infection. That may not be the first choice for women to do but it is the best choice.

Alternatively, you can also sink your nails into a bar of soap and scrub the area around with a clean nail brush. That can work as well and you will want to do that daily. Also, instead of using goopy lotion, use something that is clear and more of a moisturizer instead. Those thick creams will end up attracting dirt and moisturizing oils do not. Therefore, that is another solution to help keep your nails clean.

You cannot avoid the keratin debris from accumulating in your nails. However, you can keep your fingernails clean by cleaning them and taking good care of them as well. The likelihood of developing an infection is lower that way.