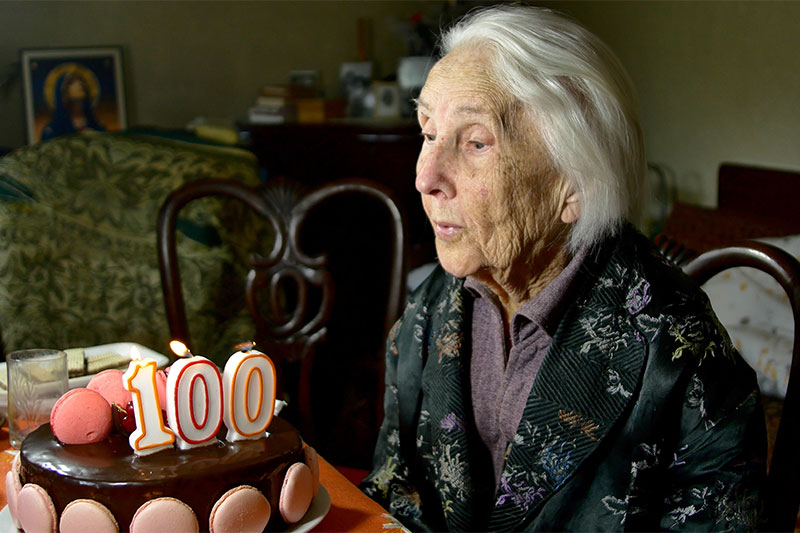 You hear of so many people who live over 100 years of age talking about the secrets to their longevity. Some may say it is staying single that helped them live past 100 years old, and others may say it is the type of wine they used to drink daily that helped them live up to that age. Others may say they enjoy dark chocolate each day, or always had a positive mindset. Maybe longevity was in the genes. However, even if those things may have helped, those were not the reasons for these individuals living so long. That includes longevity in the genes because even if you had parents and grandparents who lived a ripe long life if you live a poor lifestyle, that will shave your life down. The answer may surprise you, but it boils down to the bacteria in the gut.

How The Bacteria In The Gut Can Influence Longevity

You do know that those who take probiotics generally have better health. However, the regular probiotics that you get from your health food store may not necessarily be the magical bacteria that help some people live past 100 years of age. There are many Japanese people who have lived for over 100 years, and there was a study conducted on 160 centenarians in Japan to do research on the cause of their longevity. The average age of the centenarian in Japan was 107, and researchers took stool samples to test their gut microbes and compared them to younger elderly individuals in their late 80’s and also compared it to some younger participants as well.

The microbiologist Yuko Sato worked with other researchers from Keio University School of Medicine in Tokyo to conduct the studies. What they looked for was the differences in their gut bacteria that they analyzed through stool samples. There were other previous studies of centenarians from Italy that showed that those who lived over 100 years old had much higher diverse core microbiota species living in their guts than younger people including younger elderly people.

That meant the researchers wanted to look for the traits of healthy gut bacteria that can support older age. That also means that when they find the healthy microbiome in the gut, that can also mean treating people with healthy bacteria to help create balance and help to not only improve health but to prevent disease.

It may sound simple but it really is not and it is a complex thing and also highly sensitive. However, changes in diet can change the microbiome in a matter of days which can make a difference. The scientists do know the species of gut bacteria and recommend eating certain foods that contain that bacteria or help to grow it to help encourage health and longevity.

Those who do live over 100 years of age have very low levels of inflammation and do not have any ailments such as obesity, diabetes, cancer, and hypertension. The researchers found that there was no difference in the load of bile acids between the groups of participants. However, the centenarians did have an unusual mix of bile acids and the handful of strains of bacteria helped to synthesize them.

However, the study did not specifically examine their lifestyle and that is one piece of information that did lack. However, at the same time, as mentioned above, centenarians have almost no chronic conditions and perhaps a mix of genes and healthy lifestyles contributed to that. The trick was for them to develop healthy species of gut bacteria that supported their longevity. The answer really is in the gut after all.