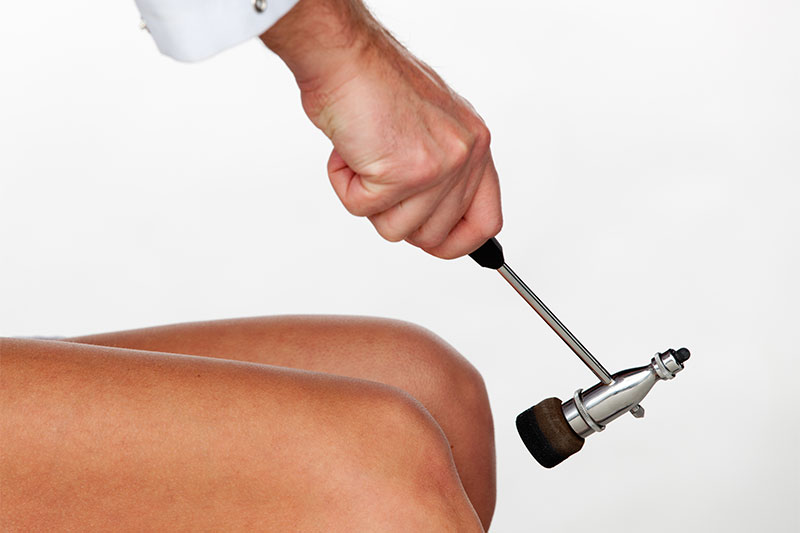 When you go for your annual checkup, your doctor will use an instrument to hit your knee and you involuntarily kick your feet. You may wonder why that is necessary for your doctor to do. However, there is a good reason for that and your doctor would not do anything if they knew it was pointless. The test that your doctor conducts while hitting your knee is known as the patellar reflex test and what happens with that is when the doctor strikes your knee with that instrument, it triggers the patellar tendon. The patellar tendon is right beneath your kneecap and it is all about testing one of many of your reflexes.

However, since you know that your doctor is testing one of your reflexes, you may wonder what the purpose of that exact test happens to be. Why does your doctor need to hit your tendon right under your kneecap? It is uncomfortable and feels funny which is why you automatically kick your feet without even giving it a thought. The answer involves the test of your nervous system.

That is an essential test that your doctor needs to perform. If you have the test done and don’t automatically kick then that means there is trouble. That means your nervous system is not functioning properly. If you are wondering why you kick automatically when the doctor hits that tendon, that is because your nerves are responding before your brain has a chance to pick it up. When the nerves feel the tap, then it signals the spinal cord, and then the spinal cord messages the nerves back to the nerve which is the reason you kick. Therefore, the purpose of the test is to not only test your nervous system but to test if there is proper communication between your nerves and the spinal cord. However, you already know that if you don’t kick right after the test is performed, then that can mean trouble.

However, sometimes it does not mean it is anything serious either. At times, when the leg doesn’t kick or has a movement that is smaller than expected, that is known as the Westphal’s Sign. That means there is an absence of the reflex and some healthy people experience that as well. But here is the thing, if you don’t show an automatic kick reflex, then that also can mean there is a neurological problem. You would have to go in for more tests to have that determined. However, you may have a problem with your peripheral nervous system.

If you happen to kick too much, then that means you may potentially have issues with your central nervous system. That is known as having a hyper-reflexive response, and if you don’t kick or you kick too much, then the doctor will be running more tests on you to determine whether or not you have a neurological issue. As mentioned previously, sometimes you do not.

Therefore, no one can deny that that particular test is far from fun and comfortable. It is not the worst test, but anything that triggers a ‘funny bone’ response is not something that you look forward to. If you used to show proper reflexes after that test and then all of a sudden you don’t, or do so too much, then it is possible that something has changed in your nervous system. You may find other issues you are having as well if that is the case. Either way, it is something that doctors never want to ignore and this test is one of the easiest ones to perform to determine any neurological issues.