One of the most altruistic things you can do is donate blood because by doing that, you are saving some lives. Therefore, the recipients are the ones who benefit from you donating your blood to them. But, now, the findings are that the donor also receives benefits by doing this altruistic act. Does that sound surprising? 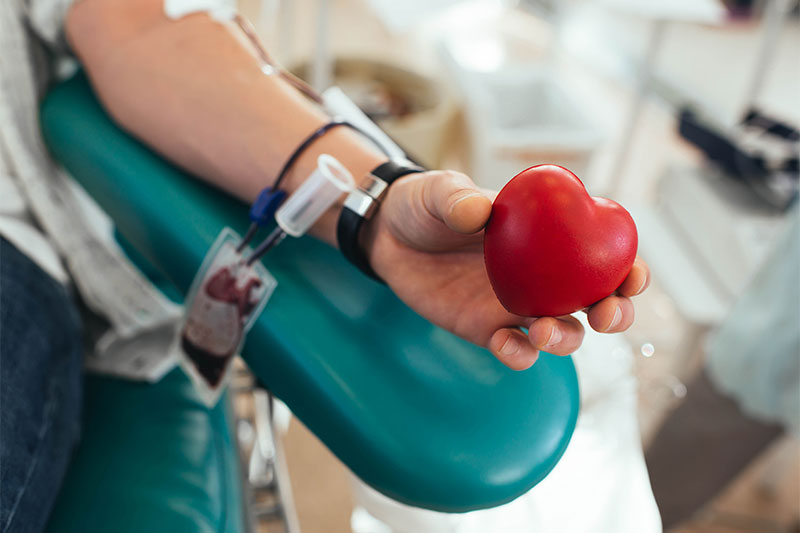 Donating Blood Is Good For The Donor

If you are going to the blood bank often, you are doing yourself a favor by reducing those chemicals that like to lurk in your bloodstream. These chemicals are perfluoroalkyl and polyfluoroalkyl or PFAS. It is not known the dangers of these chemicals, but because they do not decompose in nature, they stick around forever.

Why Does Donating Blood Reduce The Number Of PFAS?

It has been found that the PFAS attaches to the protein serum in the blood. Therefore, by donating blood, you are reducing the levels of the PFAS that you have in your blood. However, there needs to be more research on this as larger groups of people need to be tested for this. However, even though firefighters do have higher levels of PFAS than the general population, the general population is not free of it. That is because you can inhale PFAS from paints. The chemical is also in pots and pans as the PFAS also becomes stuck on food that you cook.

What Is The Problem With PFAS In Blood?

Studies have shown that PFAS can be linked to obesity, different types of cancer, and diabetes. And not only is this chemical seeping into the body, but it is also ending up in the Arctic, and the problem with that, once again, is that they do not degrade, so that is not good for the environment. That means, too, that animals in the Arctic end up having the PFAS in their bloodstream, which is going to harm them too.

However, reducing the PFAS in your bloodstream is not the only benefit that you get from donating blood. Let’s look at other benefits that come with it.

What Are The Other Benefits Of Donating Blood?

Firstly, when you are ready to donate blood, you get a free health screening. That means your health will be checked without having to pay for a doctor’s office visit. Therefore, you can learn about your health, and if you have a problem that shows up during the screening, then you will know that it needs attention.