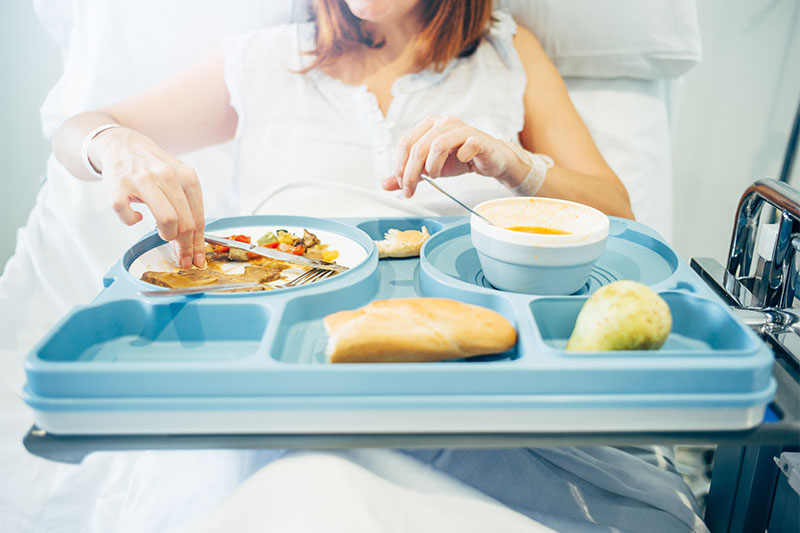 Hospital food is not known to be the best for anyone. That has nothing to do with the taste or texture and has everything to do with the quality. The one thing that people dread when they have to be admitted to the hospital is the food more than anything else about it. If you are fortunate enough to not have to have spent overnight in the hospital, you cannot comprehend why patients have said some not so complimentary things about hospital food. And the one thing is that if the taste of something is not right, then that can show that the nutritional value of that food that does not taste right is low.

That has nothing to do with a food that you don’t particularly like because of its taste. If something is supposed to taste a certain way, and it doesn’t, then it is no good. Hospital food is not good for any patient but they need something to nourish them temporarily even though the nourishment is less than par. However, for those who have chronic heart failure, hospital food can actually be quite deadly.

How Can Hospital Food Be Deadly For Those Who Have Chronic Heart Failure?

The fact of the matter is that those who have chronic heart failure need to have a balanced nutritional plan which hospital food does not provide. There was a study in Switzerland conducted among 645 patients who had chronic heart failure who were hospitalized. The finding was that when these patients were given hospital food instead of food that went by a specific nutrition plan, then the risk of mortality doubled within 30 days. That is because of the poor nutritional value that puts these patients with chronic heart failure at a high death risk. Those who have chronic conditions such as heart failure require nutrient-dense foods that are well balanced in order to live and live a fairly decent quality life – depending on the reality of the progression of their disease.

During the trial, half of the patients ended up getting nutritional support from a registered dietician within two days of staying there. This dietician helped them by teaching them the nutritional needs they required which would provide them with the energy they needed in order to not just survive but to live with meaning. These dieticians checked up on them every two days to monitor how they were doing with their meals.

Before these patients were discharged from the hospital, they also got counseling from the dietician in addition to supplements if necessary. The other of the patients were not checked upon by the dietician and their nutritional needs were ignored as they had eaten typical hospital food during their time of staying. And as a result, around four to six months, a quarter of the patients that got nutritional counseling ended up passing away. That is a sign right there of the seriousness of heart failure. However, more than one-third of the patients that received no nutritional counseling ended up passing away within that time frame. One-quarter is lesson than one-third which is a sign that those with chronic heart failure had a better chance of living if they received the proper nutritional support.

Why Is Hospital Food Really So Terrible?

As you know, the taste is not something that people like when it comes to hospital food. However, the fact of the matter is that hospital food is heavily processed as it is prepackaged. It has too much fat and sodium which can stress the heart even more and causes more plaque to build up in arteries. It is not a surprise how hospital food could be deadly for those who have chronic heart failure.