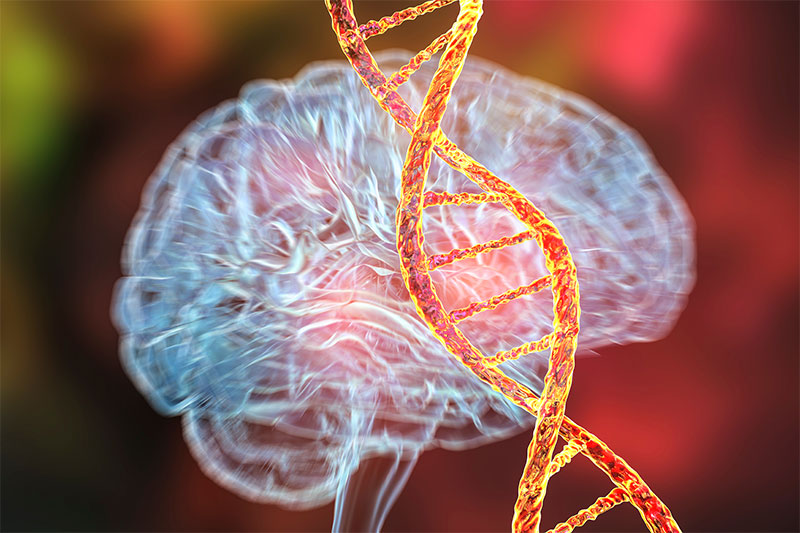 We’re all a bit bipolar, as we all experience mood shifts occasionally. That, of course, doesn’t mean we have bipolar disorder. People with this condition, formerly known as manic-depressive illness, really struggle to put their thoughts together, making performing everyday tasks complicated.

Not everyone has the same type of bipolar disorder, though, but most experts agree the condition’s possible causes have to do with the brain structure and genetics. Well, research has found our brain might try to prevent the disorder despite genetics. Can you overcome genetic predisposition?

What is bipolar disorder, anyway?

Bipolar II Disorder is defined by a pattern of depressive and hypomanic episodes but without the overwhelming manic episodes found in Bipolar I Disorder. In other words, you feel excited or irritable and hopeless, jumpy or restless, tired or talkative. All with no apparent reason.

The brains of people with bipolar disorder might be structurally different from regular brains, or they are wired differently, so to speak. Other researchers suggest the condition is all about genetics. People with parents or siblings with the condition have a high chance of developing it as well.

As of today, although the causes for bipolar disorder are unclear, the condition can be treated with a combination of psychotherapy and medication. Still, not all meditations work in the same way with all patients. Now, studies suggest the brain might also be trying to fix itself.

How Does the Brain Avoids Bipolar Disorder?

A 2017 study suggests some siblings of people with bipolar disorder develop it, and others don’t because their brains work differently. The regions that interact with each other, those highly correlated to the condition, light up differently in magnetic resonance imaging (fMRI).

Siblings unaffected present hyperactivity in the Default Mode Network (DMN) of their brains, and this hyperactivity resists the bipolar disorder. Is that the brain fighting back? or coincidence? We still don’t know, but the results are encouraging. Can your brain resist a genetic disease? That’s a game-changer.

What’s the future of bipolar disorder?

The first step into conquering this disorder is understanding its causes, going deep into our genetic chains and comparing brain scans from people affected by the disease and those who aren’t. Especially those that resist the disorder despite having a genetic predisposition.

5.7 million Americans have bipolar disorder. Most people start experiencing its effect at 25, but the illness can begin during childhood. What’s most interesting is that two-thirds of the people with bipolar disorder have at least one close relative with the disease.

There’s no doubt researchers are getting closer to understanding bipolar disorder, but its mysteries continue to disconcert. Perhaps our brains can figure it out someday.