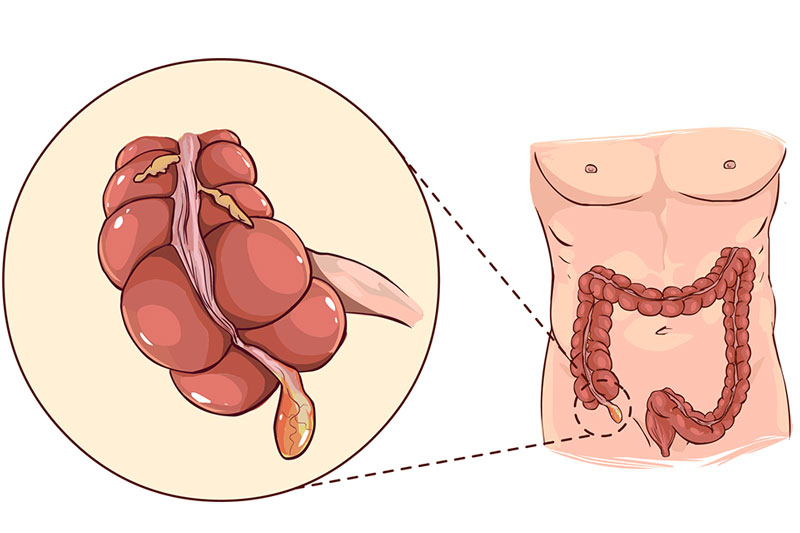 Do you still have your appendix? You might want to hold on to it, and if yours got infected and taken out, well, perhaps you’ll miss it after reading this.

We don’t know much about the appendix in our intestines, although we know it gets infected from time to time, which is a life-threatening health emergency. One in twenty people gets appendicitis and needs their appendix extracted. Most of the cases happen to young people, which must live their lives without the apparently useless part of the intestine. The thing is, you might want to keep yours when possible.

What is the appendix, anyway?

The appendix is a four-inch tube that sticks out of the gastrointestinal tract. You’ll find it on the lower right side of your abdomen. This finger-shaped appendix is, in some way, at the beginning of your large intestine, although it doesn’t play an active role in digestion.

Some experts believe, and so did Charles Darwin, that the appendix is a vestigial organ that once helped our ancestors digest raw leaves and foliage. Once humankind started eating fruit and animal protein, the appendix lost its importance and shriveled out in the next millions of years.

Does the appendix do anything?

A 2012 study raised the question, does the appendix do anything? There’s the chance the little organ releasees mucus into the colon, which might aid digestion, but this hasn’t been adequately proved.

Should you get your appendix removed?

We might not know what the appendix does or its role in our digestive system – perhaps it does nothing. Then again, maybe it has become a suitable home for healthy bacteria to thrive.

In either case, unless you get an infection, there’s no need to remove the appendix. In fact, you’re probably better off keeping yours, unless, of course, it’s a health threat. In that case, get it removed immediately. We might not know what the appendix does, but if yours is healthy, you’re in luck. Learn to love that small, apparently useless organ.

What are the signs of appendicitis?

If you feel something is wrong with your appendix, check if you have one of these symptoms. Appendicitis is an inflammation that causes pain and discomfort; it might prevent you from moving or doing everyday activities. The pain gets more acute as the appendix gets more inflamed, and it can even burst, spreading harmful bacteria and pus in your abdominal area.

Loss of appetite, low-grade fever, constipation, diarrhea, flatulence and sudden pain are common symptoms of early signs of appendicitis. A ruptured appendix is terribly dangerous, so don’t wait until your appendix is in a bad spot. Talk to your doctor and have it removed if needed.