Have you wondered why every time you spend time outdoors at night that you are the one that keeps getting bitten up by mosquitos but your good friend hardly has any bites? Is there something about you that mosquitos just love since you are the one who always ends up with so many bites after you spend a long time outside during the summer? Actually, you will be surprised to learn that yes, in fact, there is something about you that mosquitos are truly attracted to because they keep biting you. And you will also know that your friend who hardly gets bitten has a reason that mosquitos don’t come to them either. 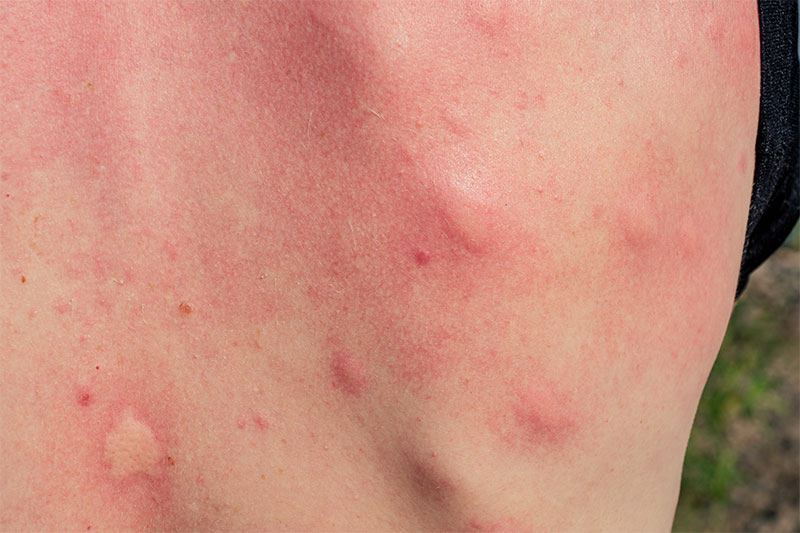 The way you smell is a big reason that you either repel or attract mosquitos. You may not notice that you have a distinct odor and anyone else around you may not even notice it either. However, you have to realize that the sensors in the human nose are a lot weaker than the sensors in a dog’s nose, and the same goes for the mosquito. The mosquito has a more keen sense of smell than you do. Therefore, if you give off a particular odor, that will either attract or repel mosquitoes.

Therefore, you would give off a smell that would attract mosquitos and your friend would give off a smell that would repel them. The blend of chemicals you produce is not completely in your control based on the odor you give off which largely depends on your genetic makeup. However, your general health can influence your odor, and the same goes for your diet. The pH level on your skin as well as the microflora which are the microorganisms that live on your skin also influence the odor you give off.

When it comes to the microflora having an influence on your odor, it boils down to how it breaks down the compounds that you give off through the pores and those are the odors that can also attract and repel mosquitos.

In addition to that, mosquitos are attracted by the carbon dioxide that you breathe out. Therefore, your breath adds to the odors you give off as well. The more carbon dioxide you give off based on whether you are jogging or lifting something heavy, that can also attract mosquitos. And mosquitos can detect your odors that are as far as 100 feet away which tells you how strong the sense of smells that mosquitos have.

However, the good news is that because diet makes up a large reason that mosquitos are attracted to you or repelled by you, you can tweak your diet so you can repel mosquitos.

What Foods Should You Eat To Repel Mosquitos?

The type of foods to eat to repel mosquitos are garlic or onions, raw or cooked because they release a chemical called allicin after it’s been consumed. Allicin repels mosquitos as they hate it. You can also take in apple cider vinegar because it can alter your body scent and will make it unappealing to those mosquitos. You can drizzle some on your salad dressing, or take capsules.

If you can do it, you can also consume chili peppers as they contain capsaicin which is a heat-producing compound that scares away mosquitos. If you want to add it to your food if you like the extra spice that will keep those mosquitos away.

In addition to that, you will want to consume foods that have Vitamin B1 as they alter your body scent that will keep mosquitos away. Vitamin B1 is in nuts, peas, oranges, oats, and milk. And finally, if you add lemongrass to your diet which is found in many Thai recipes, that will also repel mosquitos.

What Foods To Avoid That Can Easily Attract Mosquitos?

If you drink alcohol, especially beer, you will want to stop as it will alter your body odor which can attract mosquitos. The same goes for salty foods. You will also want to ditch sugary foods as well for the same reason, however, there have not been any conclusive studies making that clear. It may be wise to do that though.

Therefore, you can use insect repellants as well which will repel mosquitos, but changing your diet can be quite a powerful way to repel mosquitos even if your genetic makeup makes you prone to getting bitten!