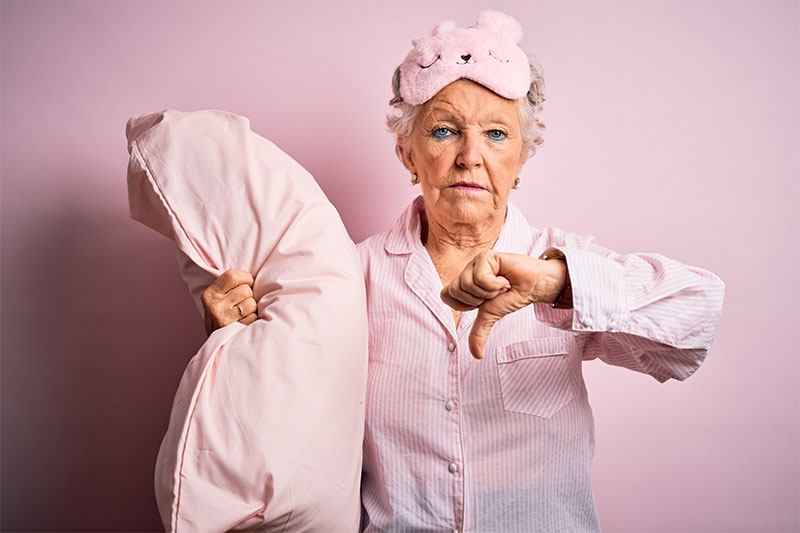 You are told that the only way you will stay as healthy as you can is if you get good quality sleep each night which is ideally seven to eight hours of sleep. You can get by at six hours of sleep, or nine hours, as long as it is good quality. But even then, so many older people struggle with that. And that is why so many older people become anxious each time they are told they will have the best health if they can get seven to eight hours of sleep per night since that seems to be harder to attain with age. Why is it difficult for older people to attain a good night’s rest?

Researchers Find That Certain Neurons Are The Culprit

It has been found that the problem with getting sleep is because “hyperexcitable neurons” are the culprit for that. The thing is that each age group has different needs for sleeping. Even though it is recommended for adults to get seven to eight hours of good quality sleep, the reality is that it is harder to attain that as you age.

As more research has been conducted into this, it has been found that key brain neuropeptides known as hypocretins or Hcrt will send signals which are essential for wakefulness. And when the Hcrt begins to degrade, then it can be a contributor to narcolepsy, as has been found to be the case in mice, dogs, and humans. Narcolepsy is a sleep disorder that is characterized by drowsiness during the day, and as a result, a sudden sleep attack happens.

It is believed that there could be a malfunction of the neural circuits that associate with the sleep and wake function. That is what the cause of sleep decline likely is due to which would explain the problem with sleep and wakefulness during aging. The researchers tested this theory on mice, and they found that older mice struggled with getting proper sleep. They found that there was a huge loss in the Hcrt neurons. Therefore, that is what caused the mice to wake up. The neurons become more active, and when that happens, that causes frequent awakenings. That is why it is highly likely that the excitement of these neurons happens more with age.

This Is An Important Study

This study is essential because not only does poor quality sleep mean you are not rested, but lack of proper sleep does have consequences. Sleep problems also contribute to mental and physical health ailments. That is why so many older people end up having to take sleep aids such as sleeping pills. And even then, they don’t work as well on older people. And as more research comes up with a firm conclusion on how to treat insomnia or frequent bouts of poor quality sleep in older people, there may be hope down the road that a solution can be found to help older people get better quality of sleep.

However, in the meantime, the only thing that older people can do to maximize the amount of sleep they can get each night is to keep their sleep hygiene clean.

How To Keep Your Sleep Hygiene Clean

The best thing to do is not consume caffeine after 2 pm and limit alcohol consumption. Also, go to bed at the same time each night, and wake up at the same time each morning. Keep your room as dark as possible to help the production of melatonin, and also to keep screens out of sight within two hours of going to bed. Also, take a nap if necessary during the day but try to limit it to a half-hour, so you do not have your sleep schedule disrupted.