If you have been sleeping with the TV on, you would not think anything of it. A large part of the world’s population does that, especially in first and third world countries. You would have just seen yourself as getting into a harmless routine with the TV on as you fall asleep. In fact, the idea of not sleeping with the TV on makes you just a little uneasy. That is because you have found that with the television on as you head to bed a comforting part of your nighttime or bedtime routine. However, the thing that you don’t know is that it does a lot more harm than good if you have the television switched on, even if the volume is set to low as you fall into your slum 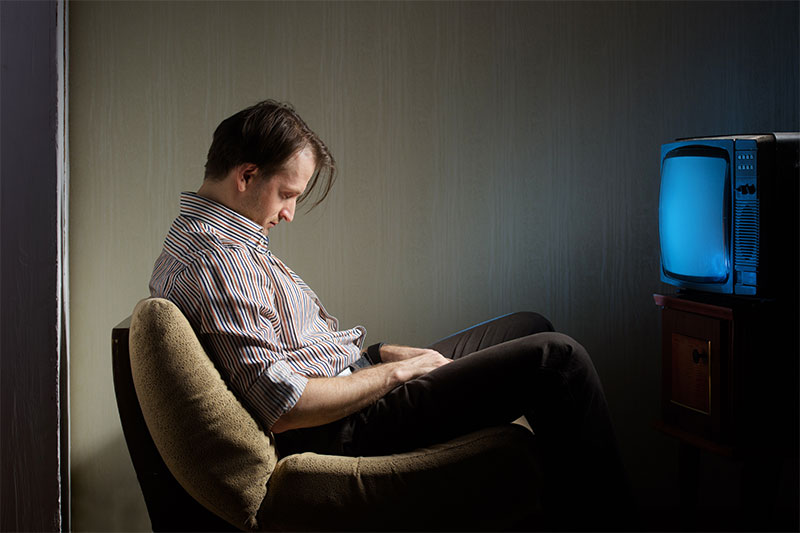 However, before delving into why it is a bad idea, go and evaluate how you really feel after a night of sleep with the television on. You probably would not feel all that rested. And you feel you have to reach out for that extra dose of caffeine as well so you yourself a cup of very strong coffee. Why would you feel that you have not gotten enough rest even though you feel you had gotten an adequate amount of sleep? You can blame it on the TV turned on as you sleep.

The truth is that the television you are keeping on for comfort for helping you fall asleep keeps you from entering a deep sleep. That is because it emits blue light which you also get from your smartphone or your tablet and the blue light prevents your melatonin levels from reaching the optimal point for sleep. The reason that it is a bad idea to sleep with the TV on is the same reason that you do not want to use screens within two hours of going to sleep.

Therefore, if there is a late-night television program you want to watch, then by all means. However, the best thing to do is to not watch TV within two hours of going to sleep. You can watch a relaxing television program in order to unwind for the night if that is what helps you. But you will want to do that earlier in the evening, and not right before going to sleep. If your favorite television program is on right at your scheduled bedtime, then you can always set the PVR to record it and watch it at another time.

The ideal thing to do is to have your bedroom as dark as possible as you go to sleep. The less light you have in your presence, the better it will be. That means a dark room will help you produce enough melatonin so you can get a good night’s sleep. It is not realistic to banish every trace of light in your bedroom as you have your digital clock and potentially other small sources of light. However, the darker you can keep your room, the better.

The blue light emission is not the only reason it is a bad idea to sleep with the TV on. If you are watching an action-packed show that includes violence or gore, or anything that is fast-paced, that will keep your mind active and in the beta state.

The last thing you want to do is do any type of activity right before bed that will keep your mind too stimulated. That is because you will think too much about the TC show and your mind will be racing. The same applies to listening to fast-paced music that keeps your mind busy or reading an intense novel.

However, at the same time, you don’t want to put the TV on and set it to the fireplace station or the aquarium station which are meant to relax you. You still have the blue light emissions to deal with. The best thing to do is to start weaning yourself off of the habit of watching TV and you can always ask any sleep expert on how to do it which will make the transition easier. You need your sleep!